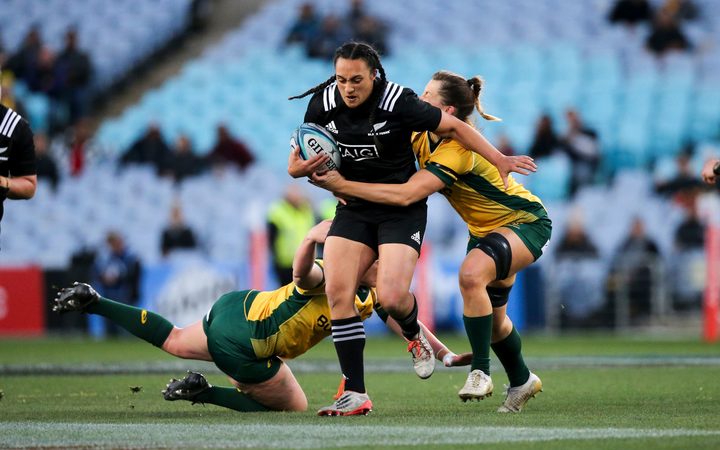 The Black Ferns haven't lost against Australia in 17 clashes since 1994.

The Black Ferns put on four tries in the first half in Perth to take a 22-0 half-time lead.

Two of them came from no.8 Charmaine McMenamin, while Renee Wickliffe in her 40th Test also crossed for a try.

McMenamin's first coming through a driving maul off a lineout before she finished off a brilliant counter-attack off a poor Wallaroos kick.

Just before half-time Ruahei Demant broke through about five Wallaroos players for a brilliant solo effort try, which was converted by Kendra Cocksedge.

The Black Ferns dominated the physical contest, while the home side's lineout struggled throughout the match, losing seven of their own throws.

The Wallaroos didn't help their cause with some poor ball security proving costly and limiting their ability to build pressure.

Winger Lori Cramer put Australia on the board early in the second half but New Zealand responded almost immediately when Selica Winiata replied with her own.

Cramer got a second try for the Wallaroos, closing the gap with New Zealand to 30-10.

The Wallaroos have plenty of work to do to close the gap on the world champions before next Saturday's return clash in Auckland.