A Handre Pollard-inspired South Africa warmed up for the World Cup in style by beating Argentina 46-13 in the Rugby Championship in Salta to claim their first major international trophy for 10 years. 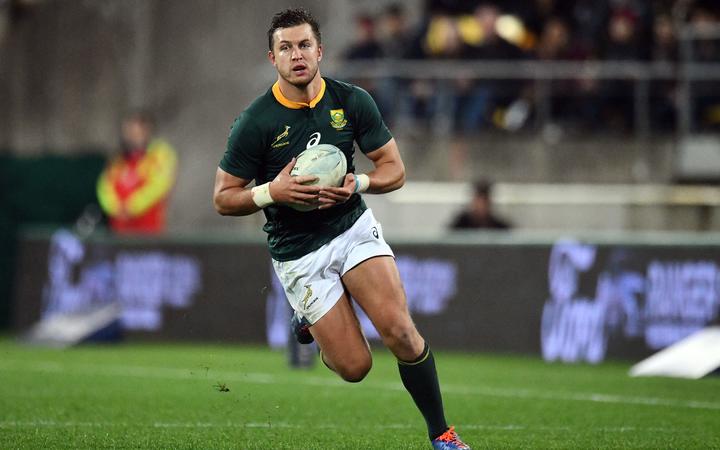 Flyhalf Pollard scored two of his side's five tries and kicked five penalties and three conversions for a personal haul of 31 points, his best tally in an international.

That gave the unbeaten Springboks a bonus point and a total of 12 points from their three matches, four more than second-placed Australia.

The All Blacks, who finished third in the standings, lost 47-26 to the Wallabies in Perth.

Argentina winger Santiago Cordero had shocked the South Africans by going over in the corner in the second minute of Saturday's game but hooker Mbongeni Mbonambi put the visitors 8-7 ahead after 13 minutes after a driving maul.

Pollard and Puma flyhalf Nicolas Sanchez then got locked into a kicking duel, exchanging penalties, before the 25-year-old South African dived over the tryline just before the break to make it 24-13.

The Springboks' progress slowed early in the second half when scrumhalf Faf de Klerk was sin-binned, only for Pollard to cross again.

Wingers Makazole Mapimpi and Cheslin Kolbe added further tries in the 64th and 67th minute to complete the rout.

The competition has been shortened to one round of matches due to the Rugby World Cup in Japan which starts on Sept. 20. South Africa last won the Rugby Championship, then known as the Tri Nations, in 2009. Argentina became the fourth team to join the championship in 2012.

New Zealand had won the past three championships and six of the previous seven.