The Wallabies would love to end Australia's 17-year Bledisloe Cup drought this month but building momentum towards the World Cup is just as important, Dane Haylett-Petty says. 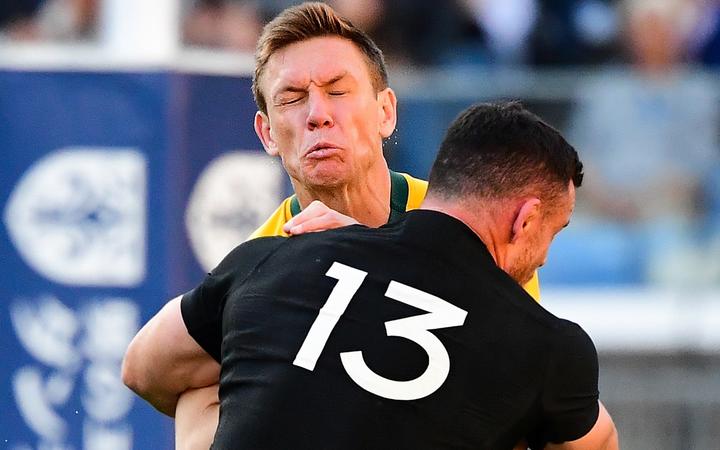 The Wallabies haven't held the Bledisloe Cup since 2002 and will need to post a win against the All Blacks in Perth on Saturday night if they are to have any hope of regaining the prized trophy.

But with the Wallabies playing just three more Tests before the start of the World Cup in Japan, Haylett-Petty said the back-to-back Bledisloe Cup fixtures against the All Blacks carry a dual prurpose.

"But this year there's a huge goal at the end of the year as well.

"A big focus for us has been building some momentum. We've changed a few things, there's a lot of competition within the group and everyone is pushing for spots, which is great.

Wallabies coach Michael Cheika experimented with his combinations in the 35-17 loss to South Africa and the 16-10 win over Argentina.

Haylett-Petty started on the wing in the loss to South Africa, but missed the squad altogether against Argentina as Cheika experimented with other options.

The All Blacks are also experimenting heavily with their squad.

The most intriguing aspect has been the recent use of flyhalf Beauden Barrett at fullback, with Richie Mo'unga handed the No.10 jersey.

Haylett-Petty said that combination of two playmakers had big potential.

"I think they probably need to give it a go," Haylett-Petty said.

"Interestingly enough, two years ago Mick Byrne (former All Blacks skills coach) was saying he thought Barrett would play 15 at the World Cup, which I found surprising.