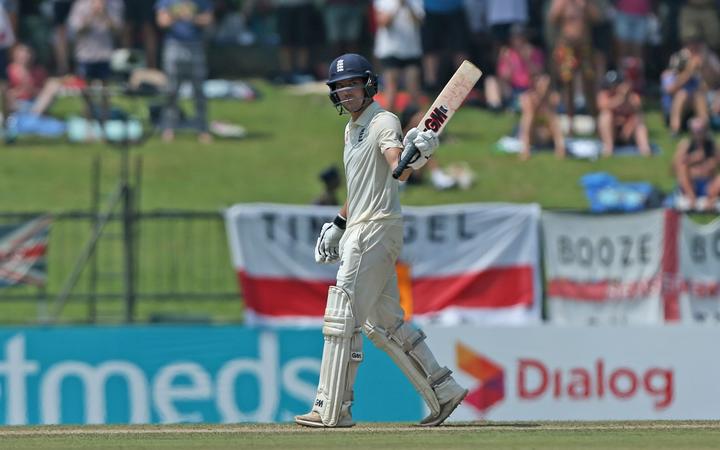 The home side have finished day two on 267-4, trailing Australia by just 17 runs.

Jason Roy's first Ashes innings never really got going as he was out for 10, before Joe Root benefited from a stroke of luck after a superb delivery from James Pattinson beat him and clipped the wickets but the bails did not come off.

Root and Burns went on to record the series' first century partnership, but the England captain failed to make three figures, falling to Peter Siddle for 57, with Joe Denly (18) and Jos Buttler (5) unable to provide support.

Burns reached his century off 223 balls, following nine dot balls stuck on 99. He will resume his innings on 125 not out, alongside Ben Stokes on 38.

"I have done that before in county cricket so do have experience to draw upon," Burns said. "It was a wonderful experience and hopefully I am not done yet."

Resuming on 10-0, Roy edged through the slips in just the second over off the bowling of Pattinson, before Steve Smith held on to one off the same bowler in the eighth.

Burns got away with a leg before wicket appeal which replays showed was going on to hit the stumps, before RootG��s luck was in in the 21st over as the bails failed to dislodge, much to the dismay of the Australian fielders, who crowded around Root in disbelief.

Root was initially given out caught behind, but another poor decision from the umpires was overturned by the Decision Review System.

After lunch, Burns clipped the ball fine to the boundary to reach his first half century against Australia as England pressed on.

Burns and Root continued to play their shots, becoming the first pairing to make a century partnership this series, before Root reached 50 off 110 balls.

Root, though, again failed to turn a half century into a hundred as he was brilliantly caught one handed by Siddle, with Denly the next to go, trapped lbw by Pattinson.

A fine catch from Cameron Bancroft brought an end to Buttler's stay at the crease but, after a nervy wait, Burns became the first batsman to make a hundred on his Ashes debut since Tim Robinson - this match's fourth umpire in 1985 as the day belonged to the inexperienced opener.

"It was just one of those days," Australia team adviser for this tour Steve Waugh said. "Lots of near misses. Tomorrow is when it really counts."