The Breakers have officially sacked coach Kevin Braswell and have replaced him with Israeli Dan Shamir. 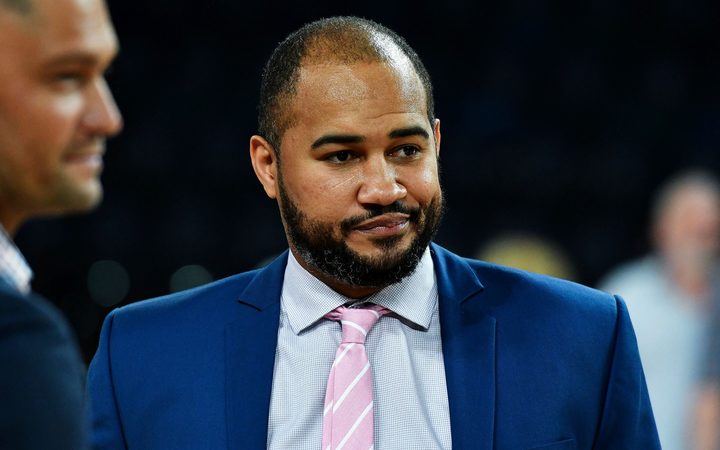 Kevin Braswell's stint as the Breakers head coach is officially over. Photo: PHOTOSPORT

Shamir has been given a new title of Director of Basketball.

In his one and only season in charge, Braswell failed to get the four time Australian NBL champions into the play-offs with a 12 wins, 16 loss record.

The club says a review identified a need for better internal cohesion between the Breakers high-performance staff and the executive team.

Shamir has extensive Euroleague experience having won back to back Euroleague titles as an assistant coach with Maccabi Tel Aviv and was named Israeli Coach of the Year last year after guiding Hapoel Holon to victory in the Israeli Cup.

The 44-year-old has been an assistant or head coach in top leagues in Europe for the last 18 years.

Shamir has also brought in Hawke's Bay coach Zico Coronel as one of his assistants.