New Zealand rally driver Hayden Paddon has been ruled out of his return to the WRC after a high speed crash in practice. 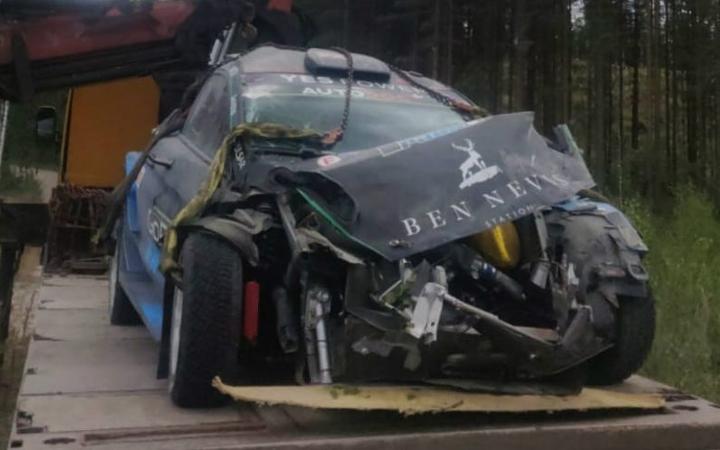 Paddon, who wasn't offered a fulltime drive this season, was scheduled for a one-off drive with M-Sport Ford in Rally Finland this weekend.

He was in sixth gear when the accident happened.

M-Sport Ford World Rally Team principal Rich Millener confirmed the Kiwi's entry car was too badly damaged and there is not enough time to ship another car out to the event ahead of Thursday's start.

Millener immediately absolved Paddon of blame for the accident, which was caused by a rock pulled onto the test road.

He told wrc.com: "A rock has been pulled out on one run, he turned the car around, went back up the same stretch of road only to find that rock in the middle of a blind, sixth-gear right hander.

"The rock hit the bottom of the sump guard and lifted the car into the air. They were just passengers, nothing they could do about it.

"You can't go into every corner lifting off in case you've pulled a rock out. It's the nature of testing, you're always going to be the first person to find anything you've pulled out on the previous run."

Millener confirmed M-Sport had worked through every possible alternative to get Paddon out on the rally.

"The first reaction from Malcolm (Wilson, M-Sport managing director) was to find a way to get him to the start," said Millener, "but it's just not possible. The car needs to be put on a jig and it's not possible to get another car out there in time.

"It's a horrible situation for Hayden. The guy's just having the worst luck right now. Unfortunately, this is the risk you run when you test with your entry car."

Paddon had been impressed with the Fiesta after driving it for the first time in anger earlier.

"I was wondering how it would feel after eight months away from a World Rally Car," he said. "It felt great. It felt like I've never been away. Within the first kilometre I was straight back into it."

"What you want in Finland is a car that gives you confidence. This chassis really does that, it's something you notice straight away. You can lean on the chassis and be confident it's going to hold its line through the corners."