The Silver Ferns will each get $25,000 for winning the netball world cup but there's nothing for the author of the side's success - coach Noelene Taurua. 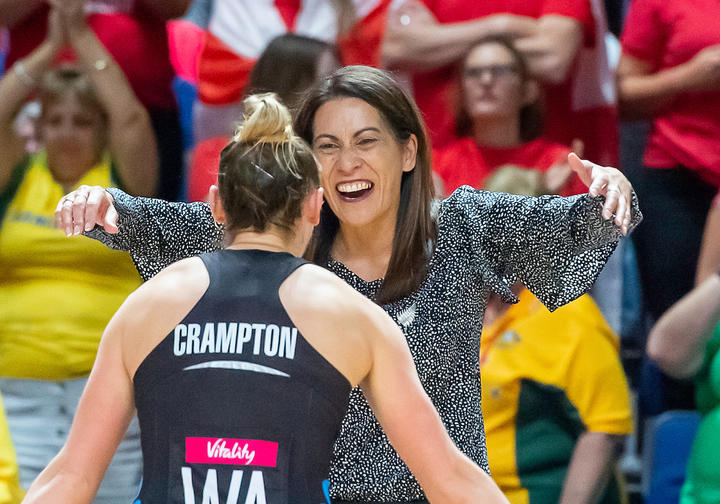 No prizemoney came with the world when the side beat arch rivals Australia by one in Liverpool on Monday but Sky Television and team sponsors ANZ, Puma, MYOB have all contributed to the player payments.

Taurua, who has only been in the job 11 months, has been credited with turning the side around following their disastrous Commonwealth Games campaign where they failed to win a medal.

"We are absolutely looking to do something for the coaches and management. It's just a matter of working through that next step as to what it might look like for them.... but they will be recognised too."

After not getting any financial reward for their success Wyllie said Netball New Zealand and their partners were keen to do something for the players.

"It would have been great to have this filed away and ready to go in advance, but Netball New Zealand has invested everything we have got in this campaign just getting them there and its evident talking to the players they don't do it for the money.

"They are there for the love of the game and the opportunity to represent their country and I think it's a really humble position for them to take, so to be able to recognise that in this way and to this magnitude is amazing."

Wyllie is adamant though that the International Netball Federation, which runs the World Cup, can do more to leverage the game financially.

"It's something that we as a whole all need to work on. Every country pays their own way to the Netball World Cup and it hasn't reached a point in its maturity where there's enough money for the INF to fund teams to get there let along put prizemoney on the table.

"But I really do hope that they can now see, the benefit and value from it and in this changing climate of recognising women's sport that they can now leverage this to be able to change the game in that sense."