South Africa's fielding of a second-string team for their Rugby Championship opener against the Wallabies shouldn't be seen as a sign of disrespect, according to coach Rassie Erasmus. 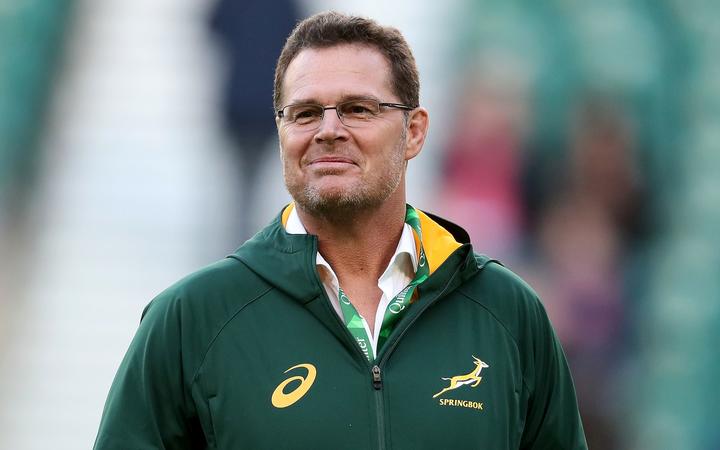 The Springboks named three debutants in their squad, including starting halfback Herschel Jantjies, to face the Wallabies at Ellis Park on Saturday.

Only half a dozen of the line-up could be considered first-choice players, while a group of 15 have already departed for New Zealand to prepare for the Test against the world No.1 side in Wellington next weekend.

Erasmus says his selections were forced by the travel schedule.

"There's no disrespect to Australia at all," Erasmus said.

"If we didn't have the tough draw in terms of travelling with New Zealand and Australia we would have picked the best first choice team for this one and the next."

He also said it was also about giving match time to as many players as possible ahead of the World Cup starting in Japan in September.

The coach said Australia's schedule - hosting bottom-ranked Argentina next round - meant they could take a different approach and felt they would see the Springboks match as "must-win" after losing nine Tests last year.

"Australia is in a different boat. I think if you take their last few matches, end of last year, they would like to pick up some momentum," Erasmus said.

"I guess they will see this as a big must-win for them and I guess that's why they've probably picked their first choice team."