Opinion - I couldn't sleep. I just couldn't. It wasn't the coffee, it wasn't my phone going crazy, it wasn't the salami I'd oddly chosen as a midnight snack or the fact Ross Taylor top scored and my New Zealand to win bet having just come in. It was pure excitement. 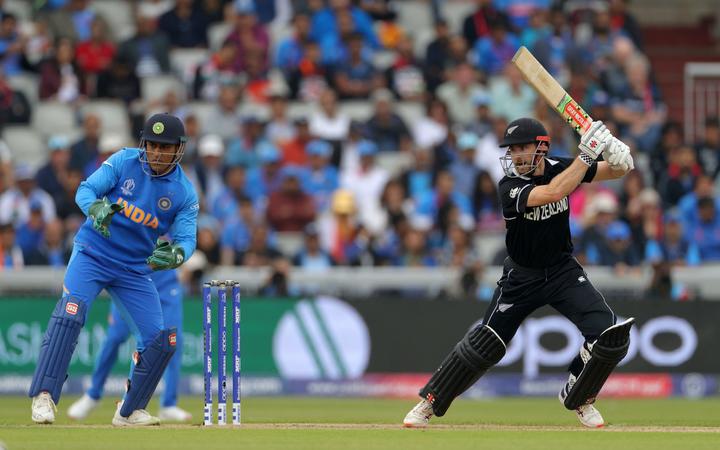 My heart had been going bonkers for 30 minutes and that, combined with joy, relief and a huge sense of patriotism, had kept me wide awake.

It was 1.54am, the Black Caps had just qualified for its second consecutive World Cup final and my dogs were wondering why I was - as quietly as possible - jumping around my lounge.

I wanted to wake up my two and four-year-olds to tell them. I thought better of it.

So, what did I do I hear you not asking? I found patronising comments from fans - I didn't discriminate - from the day before when most of the world had written off New Zealand. And I replied.

Like a petulant child all I said was, "This aged well."

I shared memes, I posted stats about Virat Kohli's knock-out cricket form on Twitter, I liked all sorts of comments. I've been doing it all day, like this gem from one of my favourite sporting minds, Graeme Beasley, AKA Sportsfreak:

In the morning I beamed to my wife about my behaviour. She was less than impressed.

I couldn't work out if this woman - who will have put up with me for 10 years next month - was thinking, "I don't care as much as you think I do," or, "You're just a child in a bald man's body". Maybe both.

So why did I do it? Why did I take such joy in needling those naysayers?

I've given this some thought as I've yawned my way through the day.

It's because I was hurt. I was hurt so many people, in New Zealand and around the world, had written off the Black Caps. Hurt they'd disrespected us, gave us no hope, bagged our ability, tactics, selections and the fact we limped into the semi-finals.

The TV commentators were the worst.

As an aside, I like to picture Ian Smith keeping calm as he called the end of the match, but quietly pulling the fingers to every other commentator he could see. He seems better than that as a person, but the thought makes me smile.

I'm not sure why I cared so much what other people thought. I know it doesn't affect the team or their performance, but I'm all in with these blokes and to see so many people write them off for the most ludicrous reasons was baffling.

New Zealand do not have the best team at the tournament and never have. They have always had to be clever to maximise our potential. They did. They batted well enough to be competitive on a pitch that was more surprising than a Kane Williamson smile.

They bowled to a plan, got inside the Indians' heads and played the cleverer game.

And once they got crucial early wickets, they let the natural pressure the Indians would face from within help.

My biggest hope from all of this - apart from the Black Caps being able to join the 2000 women's side as World Cup winners - is that some people learn to at least keep a little faith.

To all those people who didn't move from when India were 5-3 to the final ball was bowled through pure superstition. Thank you, you're the reason New Zealand won!

I've heard some people saying if you didn't back the Black Caps to get through to the final you can't start now. I disagree. There's plenty of room for bandwagon jumpers. Just keep your glass half-full. Please.

While I would love to see Ish Sodhi play in the final Lord's, I can't see any optional personnel changes.

*Matt Richens has been a sports journalist for more than 12 years, though he reckons his cricketing claim to fame is once bowling Chris Cairns out while at primary school. Cairns was wearing a Larry the Lamb costume and couldn't see.