All Blacks assistant coach Ian Foster has put his hand up to succeed Steve Hansen as head coach after the Rugby World Cup, giving Crusaders boss Scott Robertson competition for the role. 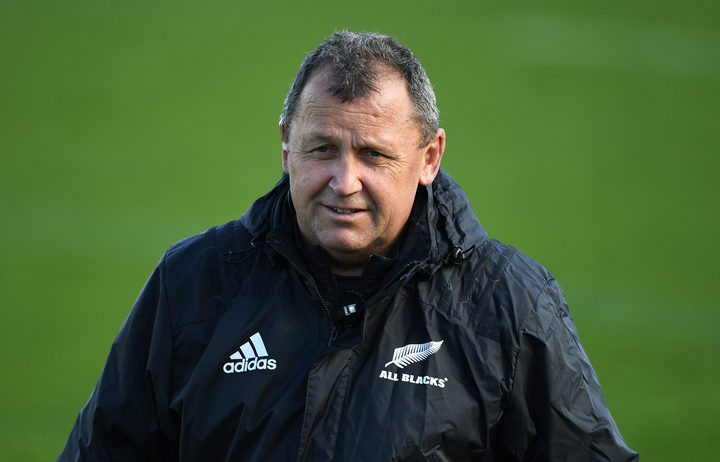 Foster, in his eighth season as a Hansen deputy, told reporters in Auckland on Wednesday that he was keen to step up.

"If you're asking me what happens after [the World Cup], then we'll have to wait and see," the former Chiefs coach said.

"I'm absolutely committed to this team. This is my eighth season, and I'm keen to carry on. I'm excited about an opportunity to put my name in the ring as a head coach, but that's the future."

Foster has stiff competition in former All Blacks loose forward Robertson, who guided the Crusaders to a third straight Super Rugby title on Saturday with a clinical 19-3 victory over the Jaguares.

Foster, a former first five and Chiefs stalwart who played over 100 games for the province, has ignored potential job offers elsewhere to stay in New Zealand Rugby, as Hansen did as an assistant to former All Blacks coach Graham Henry.

Hansen, who has been involved with the All Blacks for 16 seasons, eight as head coach, is stepping down after the global showpiece in Japan. His successor has big shoes to fill.

The All Blacks have won 85 of their 96 test matches since he succeeded Henry in 2012.