Two of the stars of women's tennis were beaten at Wimbledon today.

World number one and French Open champion Ash Barty was knocked out after losing in three sets to 55th-ranked American Alison Riske.

Barty, who had been on a sensational 15-match winning run, was brought down to earth with a thud by Riske, who reached her first ever Grand Slam quarter-final at the 30th attempt and at the age of 29. 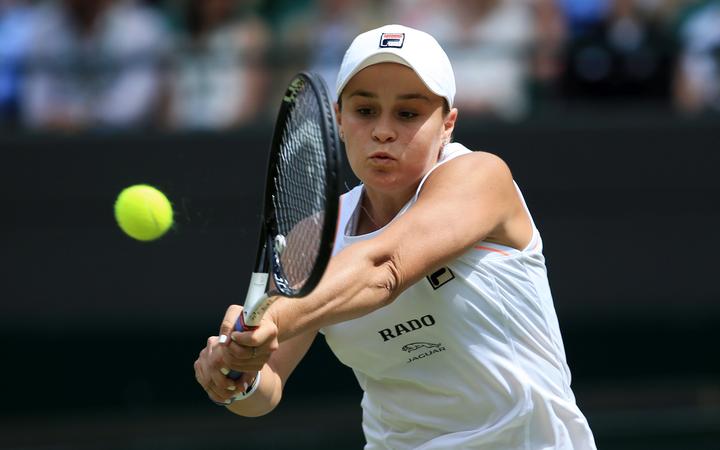 World number one Ashleigh Barty has been eliminated at Wimbledon. Photo: Photosport

And Coco Gauff's dream run came to an abrupt end when the consistency of seventh seed and former world number one Simona Halep proved a step too far for the 15-year-old American.

After stunning Venus Williams then saving two match points en route to beating Polona Hercog last week, Gauff was suddenly the hottest ticket in town but she was always going to find it tough against Halep, last year's French Open champion and the first top-10 opponent she had ever faced.

Bidding to become the youngest Wimbledon quarter-finalist since fellow-15-year-old Jennifer Capriati in 1991, Gauff was by no means overawed, keeping the crowd entertained with some crashing backhands and athletic recoveries, but there were also far too many simple errors that the American was never going to get away with at this stage of the tournament. 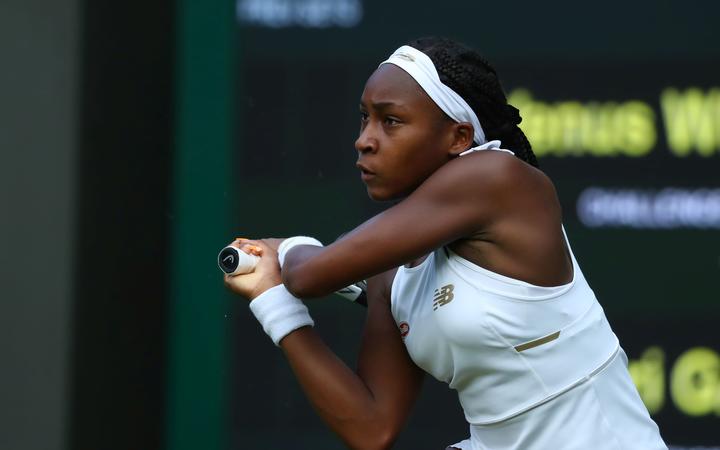 In other matches Serena Williams produced a clinical display to beat Spain's Carla Suarez Navarro 6-2 6-2 in just over an hour.

The seven-time champion struck 21 winners and won 78% of her first serve-points to set up a quarter-final clash with fellow American Alison Riske.