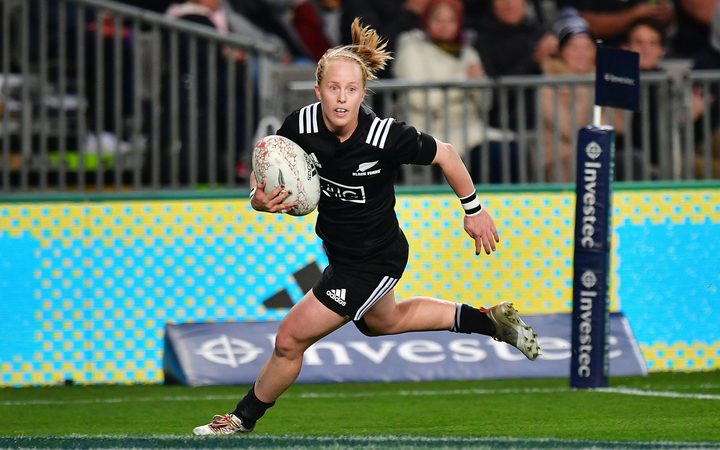 The world champions have been beaten 25-16 by France in their third match of the women's rugby super series in San Diego, after trailing 18-6 at halftime.

In the absence of rested captain Les Elder, Cocksedge led the Black Ferns in her milestone test, with the veteran halfback becoming just the second New Zealand woman to play 50 internationals.

"It was pretty cool, just absolutely gutted that we didn't get the win," Cocksedge said.

"At the end of the day I still played my 50th test and I still captained the side and it's a huge honour and privilege to do that."

It's France's second straight win over the Black Ferns, following their 30-27 win in Grenoble in November.

"Credit to the French, they played well and we were just outclassed out there," Cocksedge said.

HIGHLIGHTS | It wasn't the result the Black Ferns were after in San Diego, as they fell 25-16 to France in the Super Series.

"I thought we were a bit flat at the start and I thought France played with a lot of energy and they got some momentum and put us under a lot of pressure in that first-half," Moore said.

"I thought France defended really well. They played with a lot energy and a lot of desire throughout that game and you know they deserved their win."

The Black Ferns still lead the super series, after three of five rounds.

New Zealand has a bye next round, giving the team extra time to stew on the defeat.

"The black jersey doesn't lose very often and it's pretty tough for us to take that in, but we've got another game to play against England in eight days time and we're probably going to turn it around and we need to win that," Cocksedge said.

England and France will square-off on Thursday in what's likely to be the other defining match of the tournament.