Latest - Andy Murray and Serena Williams will link up to play mixed doubles at Wimbledon. 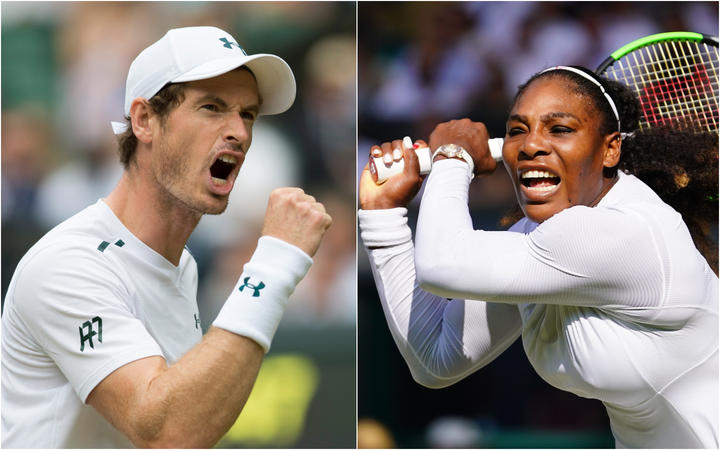 The partnership, which seemed little more than a media dream when it was first mooted at the weekend, had grown increasingly more likely over the past couple of days and, after Williams safely came through her first-round singles test today, it became reality.

Williams won the mixed doubles title at Wimbledon 21 years ago with Max Mirnyi but has played only once at a grand slam in 20 years while Murray's mixed- doubles experience has come at the Hopman Cup and in the Olympics, where he won a silver medal in 2012 with Laura Robson.

He has won favour from Williams in the past for speaking out on feminism and she was glowing in her praise for him.

Murray is three weeks into his comeback following a second operation on his right hip in January.

Munster to move to fullback

Queensland have confirmed Cameron Munster will play fullback while Corey Norman will make his debut at five-eighth in next week's State of Origin series decider in Sydney. 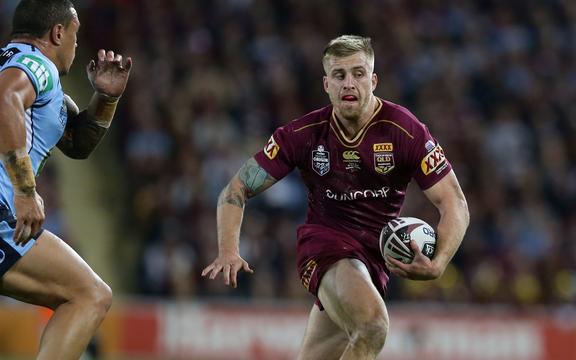 Munster moves from five-eighth to start in the No.1 jersey, replacing the injured Kalyn Ponga.

Ofahengaue made an impressive debut in Queensland's series opening 18-14 win but missed their 38-6 loss to the Blues in Perth with a knee gash.

Debutant Christian Welch has been named on the interchange.

Defending champions United States reached the women's World Cup final for the fifth time after an incident-packed 2-1 win over England, who missed a late penalty in Lyon. 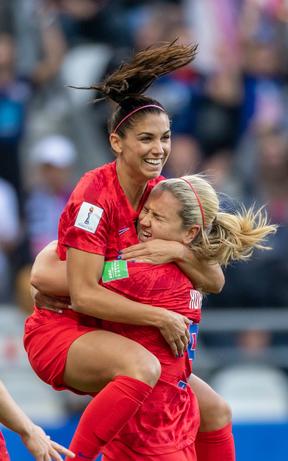 Christen Press, in for the absent Megan Rapinoe, put the U.S. ahead in the 10th minute with a fine header but the Lionesses fought back, levelling nine minutes later with Ellen White's sixth goal of the tournament.

The U.S. restored their advantage in the 31st minute through Alex Morgan's header from Lindsey Horan's perfectly floated ball -- a goal which Morgan, on her 30th birthday, celebrated with a mocking 'sip of tea' gesture.

England thought they had levelled in the 69th minute, through another excellent White finish, but the goal was ruled out for offside by VAR video review.

VAR did provide England with a lifeline though, a penalty awarded for a foul on White, but England skipper Steph Houghton's soft spot kick was saved by Alyssa Naeher.

England had defender Millie Bright sent off for a second booking three minutes from the end.

The USA will play either the Netherlands or Sweden in the final.

A third Kiwi selected for the Tour de France

New Zealand cyclist Tom Scully has been named to ride in his second Tour de France. 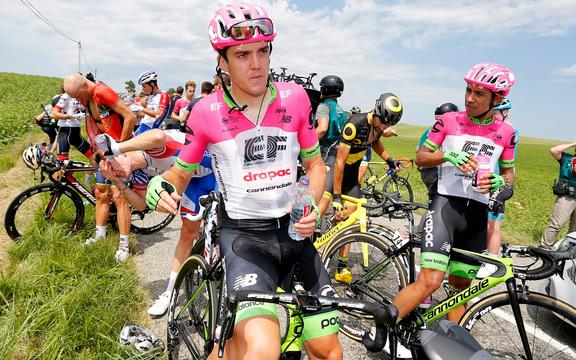 The Southlander has been selected in the EF Education First team for this year's Tour, starting in Brussels this weekend.

Scully will help look after the American team's leader, Rigoberto Uran, during the opening week of the race and target the races against the clock, starting with the team time trial on stage two.

He finished 10th and fourth in the two time trials at the Tour de Suisse last month.

"The group has been coming together really well," Scully said.

"Our build-up has been low on stress and high on motivation.

"Within the team, we're all satisfied and happy with how we're progressing on the bike, and that attitude has created a real relaxed and light-hearted environment."

Major League Baseball plans to open an office in New Delhi that will focus on growing the game in cricket-obsessed India through fan engagement and baseball development.

Well aware of the technical similarity of throwing, hitting and catching that link cricket and baseball, MLB is ready to showcase America's pastime with a game broadcast on Facebook each week in India through the end of the regular season.

As part of the initiative MLB said Million Dollar Arm, a contest that began as a reality TV show and was the basis of the 2014 movie of the same name, will run this year with thousands of participants competing to earn a tryout with an MLB team.

The MLB First Pitch grassroots program will also be introduced and give primary school children across New Delhi, Bangalore and Mumbai an opportunity to learn the sport through workshops led by MLB International coaches.

Another Kiwi to play Wimbledon

Erin Routliffe's gamble to go to Wimbledon in the hope of making it into the ladies doubles has paid off. 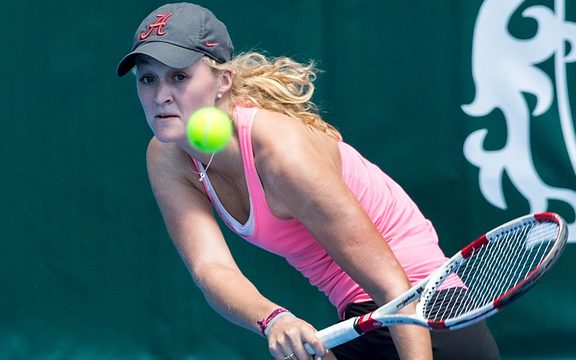 Erin Routliffe latest tournament win will be a major boost to her world ranking. Photo: Photosport

The 24-year-old New Zealander and her American partner Madison Brengle were third on the alternates list when the draw for the championships was done last week.

They needed three teams to pull out to make it in and today they were given the news that they had made in.

In the first round they will play against Xinyun Han from China and Georgia's Oksana Kalashnikova, with the match likely to be played on Thursday.

This will be the second year in a row that Routliffe will play in the doubles at Wimbledon.

Burgess out for nine weeks

South Sydney prop George Burgess will miss the rest of the NRL regular season after being handed a nine-game ban for his eye gouge last Thursday night. 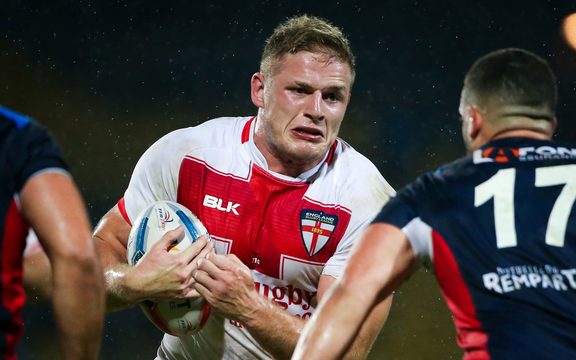 The three-man judicial panel took 30 minutes to give their verdict in a hearing that lasted almost two hours.

A remorseful Burgess admitted being deeply hurt by the footage that clearly showed his hand pressing around the eye region of Wests Tigers opponent Robbie Farah.

However he rejected any accusation that the play was deliberate, insisting he was completely unaware of where his fingers were.

The suspension, which included a 50 percent loading from last year's incident and a 25 percent discount for the early guilty plea, amounted to 900 points or a nine-game ban.

It was the NRL's largest in seven years.

The exodus of men's seeds continued on the second day of Wimbledon as Austrian Dominic Thiem exited in the first round for the third time in six visits, beaten by American Sam Querrey. 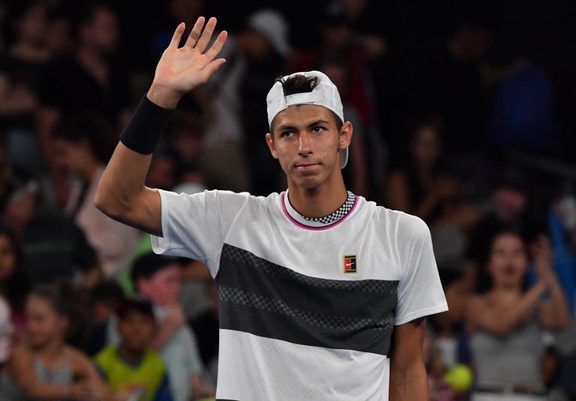 The big-serving Querrey, who reached the semi-finals in 2017 and also beat Novak Djokovic in the third round in 2016, fired down 22 aces as he turned the match around.

The result was all the more impressive for Querrey who only returned to action at Eastbourne last week, reaching the final, after being sidelined by injury since April.

Meanwhile, 2017 women's champion Garbine Muguruza was knocked out in the first round, losing 6-4 6-4 to Beatriz Haddad Maia.

The world number 27 was dumped out by the 23-year-old Brazilian, who has never won a career singles title and is ranked 121 in the world.

The defeat added to a barren spell at the majors for the 25-year-old Muguruza, who has not been past the fourth round in any of the last five Grand Slams.

Issac Luke back for Warriors

Veteran hooker Issac Luke and second rower Lachlan Burr return to the bench for the Warriors' 16th-round NRL clash against the in-form Newcastle Knights on Saturday. 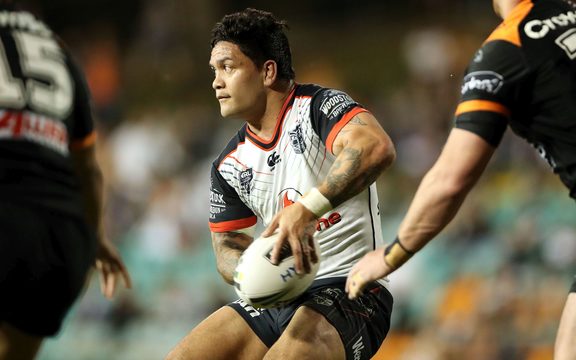 Luke, 32, comes in for Nate Roache, whose season has been tragically ended by an anterior cruciate ligament injury in his left knee suffered in Sunday's 18-19 golden point loss to Penrith.

Luke turned out for the Warriors in the Canterbury Cup on Sunday, helping the side to a commanding 32-10 win over the North Sydney Bears, the Sydney Roosters' feeder club.

After featuring in the first 13 matches of the season, first-year Warrior Lachlan Burr was left out for the Penrith match to allow him to fully recover from a niggling hip complaint. He comes back into the 1-17 mix this week replacing Leivaha Pulu.

Prop Leeson Ah Mau, centre Peta Hiku and wing Ken Maumalo are now the only players who have appeared in every match this year.

The starting line-up is unchanged.

No Cavendish on Tour

Mark Cavendish will be unable to chase Eddy Merckx's record of 34 Tour de France stage wins this year after the British sprinter was left out of Dimension Data's eight rider squad.

The 34-year-old "Manx Missile" has won 30 stages, and not missed a tour since his debut in 2007, but has suffered illness and injury in recent years.

Dimension Data did not give a reason for Cavendish's absence.

The 2011 world champion was diagnosed with the Epstein-Barr virus in 2017 and pulled out of last year's European championships road race on medical advice.

He was disqualified from the Tour last year after failing to make the time cut on the 11th stage.

Last October he extended his contract with the Africa-based team, becoming part of their newly formed supervisory board, and made clear he wanted to continue riding.

The 106th edition of the Tour starts in Brussels on Saturday.

Rafael Benitez has admitted he accepted a big-money move to China after being presented with the kind of managerial project he was denied at English Premier League club Newcastle.

The 59-year-old Spaniard, who had been courted by other Chinese clubs during his time on Tyneside, has been unveiled as Dalian Yifang's new manager after signing a 2-1/2 year deal reportedly worth almost 25 million dollars a year.

His arrival was announced just two days after his contract at St James' Park had expired with negotiations over an extension having ended in failure because of a difference of opinion between he and owner Mike Ashley over the way forward.

As Benitez launches a new phase of his career in the Far East, the club he left behind is searching for a new manager amid a backlash from fans who were desperate for the former Liverpool and Real Madrid boss to stay. 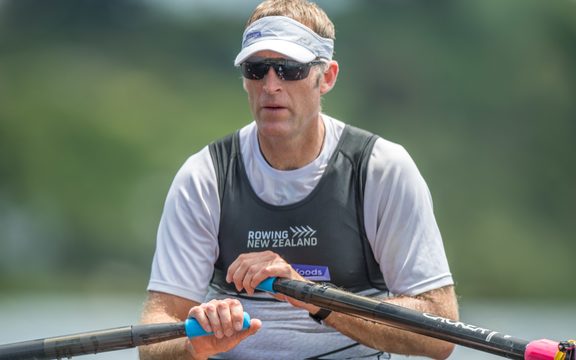 A large contingent of New Zealand rowers will compete at this week's Henley Royal regatta in London.

Most of the New Zealand elite squad are taking part including the men's and women's eights, the women's pair and double and the men's double.

Mahe Drysdale will compete in the eight and also the single.

Drysdale will attempt to win a record seventh title in the Diamond Challenge Single Sculls.