World number two Naomi Osaka's hopes of a third Grand Slam title were shredded on Centre Court as she was dumped out of Wimbledon in the first round, losing 7-6(4) 6-2 to Kazakhstan's Yulia Putintseva. 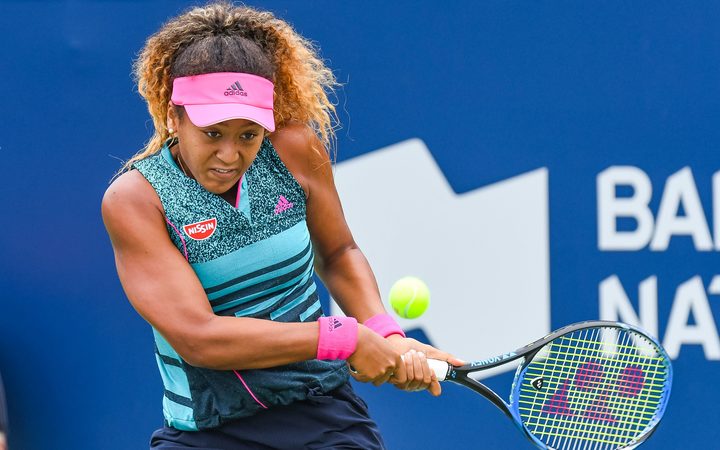 The Japanese, who had nervelessly battered her way to Grand Slam success at the U.S. and Australian Opens, failed to find her range on the slick lawns of the All England Club, tumbling out amid a flurry of unforced errors.

Putintseva was far from an unknown quantity for Osaka, having recently knocked her out in Birmingham, and again proved a resolute obstacle for the Japanese, fighting back after an early break to take the first set on a tiebreak.

She broke the Japanese second seed twice in a dominant second set, wrapping up victory in an hour and 36 minutes when her opponent sliced a backhand into the net, becoming the first top-two seed to lose in the women's first round since Martina Hingis in 2001.

Despite Osaka's lofty ranking following her rapid rise to the sport's summit, this was always going to be a potential banana skin for the Japanese, whose form since winning her second major in January has been patchy.

She had made only one semi-final since winning the Australian Open, had suffered a third-round exit at Roland Garros and had entered Wimbledon on the back of a second-round defeat by Putintseva in Birmingham.

Six of her seven defeats in 2019 had been to players ranked outside world's top 20 while the 39th-ranked Putintseva was looking for her third top-five win of the season.

If the omens had appeared to be conspiring against Osaka, she did herself no favours on court.

Things begun well when she broke in the third game, but it was not long before momentum swung towards her opponent, who broke back for 3-3 before claiming the first set on a tiebreak.

Osaka looked increasingly despondent in the second as the unforced errors came thick and fast.

After two breaks of serve, Putintseva quickly brought up two match points. Osaka saved the first, but a 38th unforced error from the Japanese proved terminal.

Cori Guaff served up the perfect excuse for playing hooky from school as the 15-year-old American caused one of the biggest shocks in Wimbledon history by dispatching Venus Williams 6-4 6-4 in the first round.

Aged 39, Williams is considered Wimbledon royalty as she has been part of the All England Club family for over two decades, having won the singles title five times -- including two before Gauff was even born.

But Guaff, the youngest player to qualify for the main draw in the professional era, was in no mood to play a lady-in-waiting as she made a mockery of the 24-year-age difference and 269 ranking spots that separate her from Williams.

Playing a fearless brand of tennis that belied her young age, she bullied Williams into submission.