Young guns Stefanos Tsitsipas and Alexander Zverev suffered shock first-round defeats at Wimbledon as the sixth and seventh seeds were bundled out within an hour of each other. 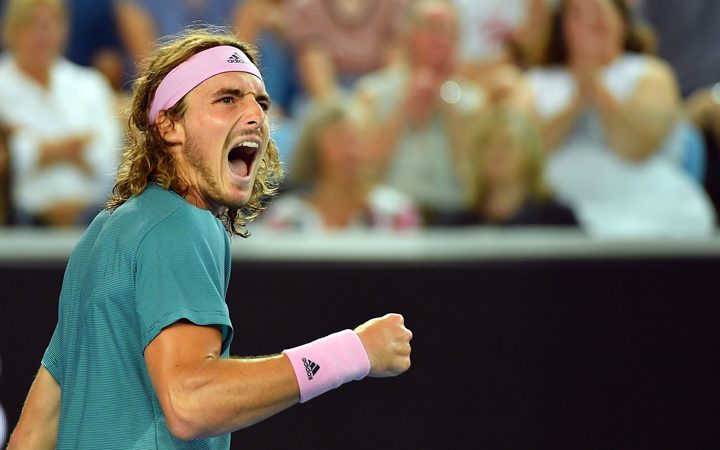 Greek Tsitsipas entered the tournament tipped as the man most likely to challenge the authority of the big three but was beaten 6-4 3-6 6-4 6-7(8) 6-3 by lowly-ranked Italian Thomas Fabbiano who produced an inspired display on Court Two.

Tsitsipas saved two match points in the fourth-set tiebreak but Fabbiano, ranked 102nd, was relentless and when he broke in the seventh game of the decider with a cruel netcord it was clear it was not going to be Tsitsipas's day.

He found himself in good company through the exit door though as Germany's Zverev ran into Czech qualifier Jiri Vesely and was also sent packing.

The 22-year-old seemed on course for victory when he won the first set but the powerfully-built Vesely roared back.

Zverev, coached by Ivan Lendl, slipped when serving at 5-6 15-30 in the fourth set, handing his opponent two match points, and netted a backhand volley to seal his fate.

Meanwhile Novak Djokovic got the defence of his Wimbledon title off to an impressive start when, serving superbly, he overwhelmed Germany's Philipp Kohlschreiber in straight sets in the first match on Centre Court.

After a few early wobbles Djokovic triumphed 6-3 7-5 6-3 as, perhaps already buoyed by the presence of new coach Goran Ivanisevic, he really hit the mark with his serves.

"He's someone I've always looked up to and we've been friends for a long time - though usually on the opposite side of the net," Djokovic said of the 2001 champion who has come on board as part of his coaching team.

"He's coached lots of great players, so it's great to have him on my side. He's going to stay for sure through the first week then we'll see. It's a great pleasure to have such a champion and hopefully we can have a long collaboration."

Djokovic, 32, came into the tournament having decided not to play a grass-court warm-up event and he must have been a little edgy having lost to Kohlschreiber in straight sets on the hard courts of Indian Wells earlier this year. For a man not so well known outside tennis circles, 35-year-old Kohlschreiber has a long, if not particularly distinguished, career.

This Wimbledon was his 60th grand slam event - putting him joint-ninth in the open-era on the appearances list. It was also his 15th successive Wimbledon, but today's two-hour show marked the ninth time he had failed to get past the first round.

The champion made an inauspicious start, double-faulting his first serve en route to being broken, but quickly found his feet to reel off the next four games and win the first set 6-3.