Latest - Joelle King and Paul Coll have continued their domination of the New Zealand squash nationals. 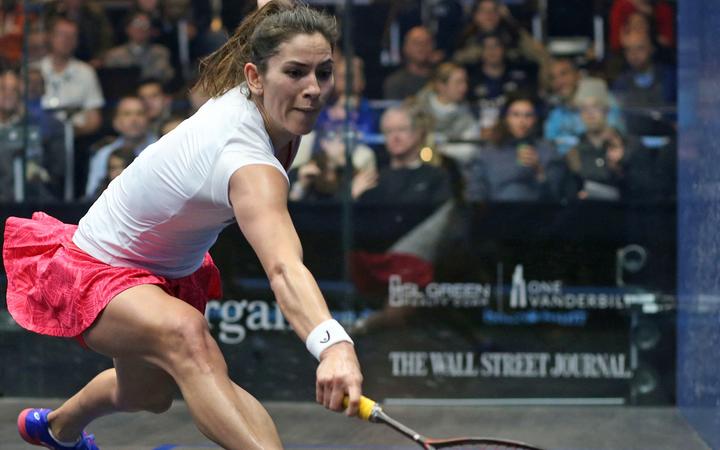 King has won her eighth national title, beating Amanda Landers-Murphy 11-2, 11-4, 11-6 in the women's final in Auckland.

"It's nice to play in New Zealand which I hadn't done for a while, so it was great to play in front on a home crowd. It's pretty cool to win your national title," King said.

Mitchell Starc is within touching distance of delivering the greatest tournament by a bowler at a Cricket World Cup. 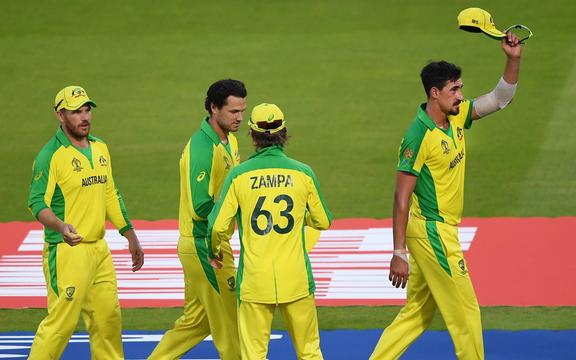 The Australian quick claimed figures of 5-26 in his side's big win over New Zealand.

In doing so he became the first bowler to claim three five-wicket hauls in their World Cup career, having also rolled through the Black Caps in the 2015 tournament.

He now has 24 wickets for the tournament, seven more than any other bowler in England and two beyond his own mark of four years ago.

That has him within striking distance of Glenn McGrath's record haul of 26 wickets from his farewell tournament in 2007, with Starc likely to play at least two more games.

"Our chances (of winning) are as good as any other team.

"We've always spoken about peaking towards the back end of the tournament, and we're still searching for that perfect performance."

The left-armer's World Cup career record stands at 46 wickets at 12.97, the lowest average of any bowler to have claimed more than 20 scalps.

New Zealand striker Oliva Merry has finished as the top women's goalscorer in the first season of hockey's Pro League. 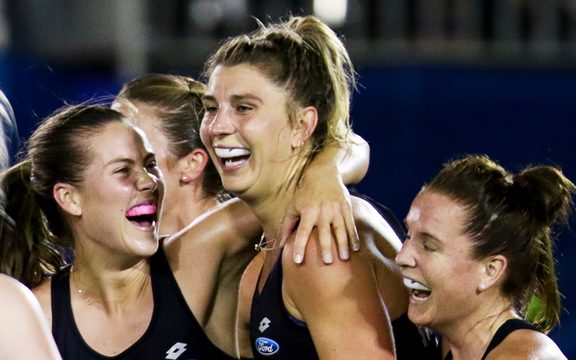 Merry topped the charts with 15 goals, five clear of the next best, Matla Frederique of the Netherlands.

She scored hat-tricks, against Great Britain and Belgium and has now scored 95 times for the Black Sticks.

The Black Sticks finished sixth in the nine-team Pro League, which the Netherlands won by beating Australia in a penalty shoot-out.

Ponga ruled out for two weeks

Queensland star Kalyn Ponga is in doubt for the State of Origin decider after being ruled out for two weeks by his NRL club. 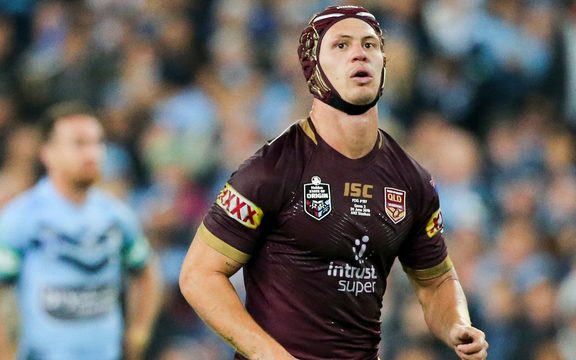 Ponga was a late scratching from Newcastle's win over Brisbane on Saturday, after he sustained a calf injury playing for the Maroons in game two.

And the Knights on Sunday revealed that scans confirmed a calf strain.

"Ponga picked up the injury during State of Origin week and sat out the Knights' 26-12 win over Brisbane as a result," the Knights said in a statement.

"He is expected to miss the next two weeks."

Game three will be played at ANZ Stadium in 10 days' time, however, it remains to be seen whether Ponga will attempt to speed his recovery in time to play.

His possible absence will be a major blow for a Maroons side still reeling from their belting by the Blues in Perth, which set up a blockbuster decider.

Chasing a target of 228, Pakistan lost opener Fakhar Zaman for a duck on the second ball of the innings when he was trapped leg-before by off-spinner Mujeeb Ur Rahman.

After a mini recovery, more wickets fell, and Pakistan were reeling at 142-5.

Captain Sarfaraz Ahmed (18) and Shadab Khan (11) were run-out to set up an intense finale but Wasim and Wahab Riaz (15) chased down the target with two balls to spare.

Pakistan now need to win their final match against Bangladesh on Friday and hope other results go their way to advance to the semi-finals.

Luis Suarez has broken down in tears after his shootout miss saw Uruguay dumped out of the Copa America by unfancied Peru, the 15 times champions losing 5-4 on penalties after having three goals ruled out in a scoreless draw. 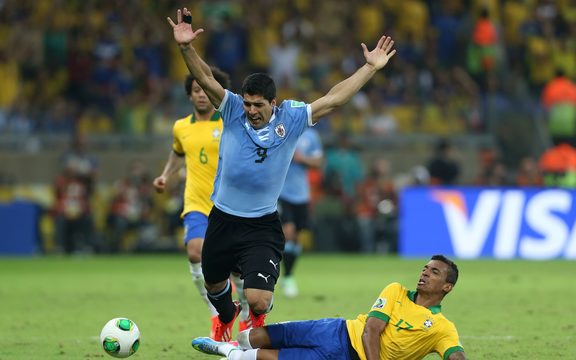 Suarez spurned the first penalty of the shootout, his effort bouncing off the chest of Peru goalkeeper Pedro Gallese, to complete a frustrating evening for Uruguay's all-time top scorer, who also had a goal ruled out for offside.

Every other player converted their spot kicks and Edison Flores sealed Peru's place in the last four by blasting past Fernando Muslera.

Suarez, who rushed back to full fitness after undergoing knee surgery in May in order to make it for the Copa, covered his face with his shirt and was consoled by team mates after the shootout defeat.

Peru will face neighbours Chile in the last four, with tournament hosts Brazil meeting arch rivals Argentina in the other semi-final clash.

Goals from Sofia Jakobsson and Stina Blackstenius helped Sweden come from behind to stun Germany 2-1 in the women's World Cup quarter-finals in Rennes and set up a last-four clash with the Netherlands.

After enjoying an early spell of possession, midfielder Lina Magull put the Germans in front in the 16th minute with an acrobatic volley.

In the second half striker Blackstenius fired home from point blank range to get her second goal in as many matches and Sweden held their nerve to reach their fourth World Cup semi-finals.

Earlier, the Netherlands beat Italy 2-nil, to reach the semi-finals for the first time.

Canberra coach Ricky Stuart has lashed out at his side after they blew a 16-point lead with their "worst 50 minutes of football" in years.

The Raiders appeared on their way to a cruisy night against Parramatta when they raced out to a three-try advantage after 32 minutes in Darwin.

Instead they conceded two tries in the space of three minutes before halftime and eventually fell to a frustrating 22-16 defeat.

The Raiders remain in fourth on 18 points, equal with Newcastle and Manly following their victories earlier on Saturday.

Stuart didn't hold back when asked about his team's implosion after the match.

"We only played for 30 minutes. That was our worst 50 minutes of football for years," Stuart said.

"You can't come out of the blocks and start like that for the first 30 minutes and play so well. We were very good at what we were doing, and then it just gone ...it's nowhere to be seen."

Lewis Hamilton said he "totally deserved" a three-place Austrian Grand Prix grid penalty that dropped him from the front row of the grid to fifth and threatens to end his Mercedes team's streak of success.

"Totally deserved the penalty today and have no problem accepting it," Hamilton said on Instagram.

"Was a mistake on my behalf and I take full responsibility for it. It wasn't intentional. Anyway, tomorrow is another day and an opportunity to rise."

The Briton is leading team-mate Valtteri Bottas by 36 points after winning the last four races and six out of eight.

Bottas will start in third place, having qualified fourth.

The New York Yankees and Boston Red Sox have served up an offensive onslaught in the first Major League Baseball game to be played in Europe. 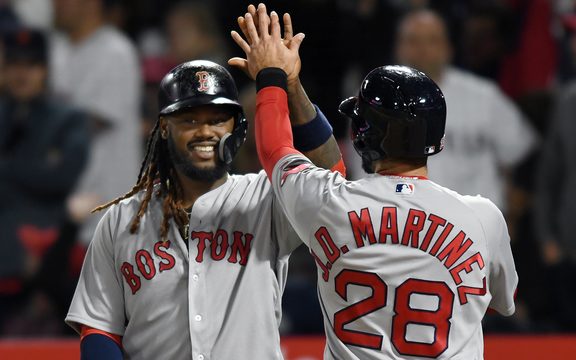 The Yankees have prevailed 17-13 at the London Stadium in a game which saw the teams pile on 37 hits and six home runs.

An incredible 12 runs were scored in a first inning that took 58 minutes alone as the game lasted more than four-and-a-half hours.

Anyone among the season-record 59,659 crowd watching for the first time may have confused this arcade version of the game for a sport which, in its purest form, should be a pitching battle.

"I actually spent some time thinking about that during the game," Yankees manager Aaron Boone said.

"I was looking out to the crowd and wondering, they must be thinking, 'This is pretty long'.

"But cricket takes all weekend to play, right? A lot of people are used to it."