All roads are expected to lead through Christchurch to claim the Super Rugby crown, although the Brumbies have the small matter of a Buenos Aires long haul to negotiate first. 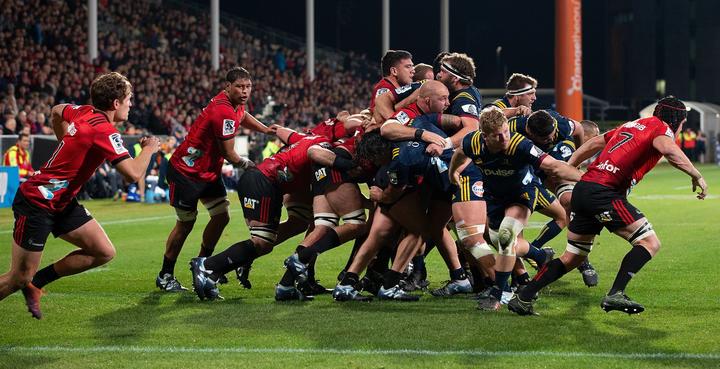 The competition quarter-finals didn't offer a single surprise result as the top four qualfiers notched wins on home soil, with the Brumbies the most emphatic via a 38-13 drubbing of the Sharks.

The other three games were at least more competitive before the annual finals travelling hex kicked in.

The Crusaders powered away from the Highlanders (38-14), the Jaguares ground past the Chiefs (21-16) and the Hurricanes held out the fast-finishing Bulls (35-28) to end South African involvement.

Those who opine Super Rugby has become too predictable will say the Crusaders have got a third straight title in the bag, given their phenomenal record and the home advantage that comes with qualifying first.

A Hurricanes semi-final win would be the first by any team in Christchurch since they achieved the feat themselves three years ago.

Furthermore, no team has ever won a play-off game on Crusaders' home soil.

There have been 22 such games and only three times have the opposition come within single figures.

Hurricanes coach John Plumtree said such records are made to be broken, although bringing down an empire will take something special.

They were outmanoeuvred 30-12 in the equivalent game last year before the Crusaders went on to clinch a ninth title.

"We've been down there a lot this time of year and come away with nothing, so we need to really dig deep next week," Plumtree told reporters.

"I don't think they've lost down there for the last 26, 27 times. That's pretty amazing.

"The pressure will be on them and we can just go down there and have a real crack."

The Brumbies will take irrepressible form and a seven-match winning streak to Argentina.

The Jaguares have won 10 of their past 11 but are in unknown territory, having booked a last-four berth for the first time.

However, the maturity shown by the Pumas-laden team against the Chiefs was textbook play-off rugby, defending steadfastly and preying on mistakes.