The Sacked dual-code rugby star launched a bid to raise donations from the public to fight his legal case.

Folau, whose contract with the Australian union's governing body was terminated in May over homophobic social media posts, has set up a GoFundMe page to raise the $3.1 million says he needs to cover costs in his bid to seek reinstatement.

The 30-year-old Wallabies back says he has already spent more than $105,000 of his own money in fees which are expected to rise to millions of dollars.

The fund had raised $330 from seven donations as of early morning.

New Zealand Rugby and SANZAAR have expressed disappointment that the proposed World Rugby Nations Championship concept has officially been taken off the table. 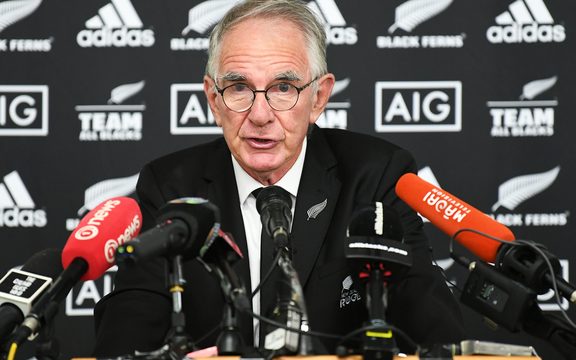 World Rugby abandoned its plans to create the competition after failing to gain support from all the Six Nations and Rugby Championship unions.

World Rugby identified the inability to reach consensus on key issues, such as the timing and format of promotion and relegation, as the reason for scrapping the project.

The proposal to bring the Six Nations and four Rugby Championship sides together along with two other nations for an annual championship climaxing in a final had been extremely popular south of the equator.

New Zealand, Australia and South Africa have between them won seven of the eight World Cups but are perennially cash-strapped and would have been chomping at the bit for the $20 million each a year the Nations Championship offered.

SANZAAR, which represents those three nations as well as Argentina, said despite reservations "over elements of what was presented", all four members had signed up to take the proposal forward.

The Argentina tennis star will miss Wimbledon after it was announced that he needs knee surgery.

The world No.12 pulled out of the Fever-Tree Championships at Queen's Club after a slip during his first-round win over Denis Shapovalov resulted in his right knee swelling up.

A statement released on Twitter by Del Potro's agent, Jorge Viale, read: "The medical studies done last night in a clinic in London show that Juan Martin Del Potro has suffered again a fracture in the right patella.

The Blackjacks are guaranteed to collect three medals at the Asia Pacific Championships on the Gold Coast this week.

The New Zealand men's pair, men's triple and women's four have all topped their sections with perfect records to earn direct passage through Friday's semi-finals, when two bronze medals will be handed out in each event.

Jo Edwards will have a chance to join them after the reigning Commonwealth Games champion finished second in her section to secure a place in the quarter-finals of the women's singles.

The New Zealand Fed Cup tennis team has had another easy win at the Asia Oceania Group 2 tournament in Kuala Lumpur.

Hard on the heels of a 3-0 whitewash of Bangladesh, New Zealand has thumped Pakistan 3-0 and remains on course for a place in Saturday's final, probably against Uzbekistan.

A win over the other unbeaten team in the pool tomorrow, Hong Kong will secure a place for New Zealand in Saturday's final.

Black Sox into playoffs despite loss

New Zealand are heading to the playoffs at the Men's Softball World Championship in Prague despite a 6-4 loss to Argentina in their final group game.

It's the seven time champions New Zealanders third straight loss at the tournament.

The defeat means New Zealand finish third in pool A and will play Australia in their first game of the playoffs tomorrow morning (2:30am NZ time).

The Tokyo 2020 Olympics refugee team will be bigger than the inaugural 10-member squad in Rio de Janeiro four years ago, the International Olympic Committee said on Thursday.

The IOC unveiled a list of 37 refugees who are currently receiving Olympic scholarships and who will attempt to make the final cut for Japan next year.

Among those are the 10 athletes who took part at the Rio Games in 2016.