The New Zealand women's football team have been dumped out of the World Cup in France following a 2-1 loss to Cameroon in their final group game. 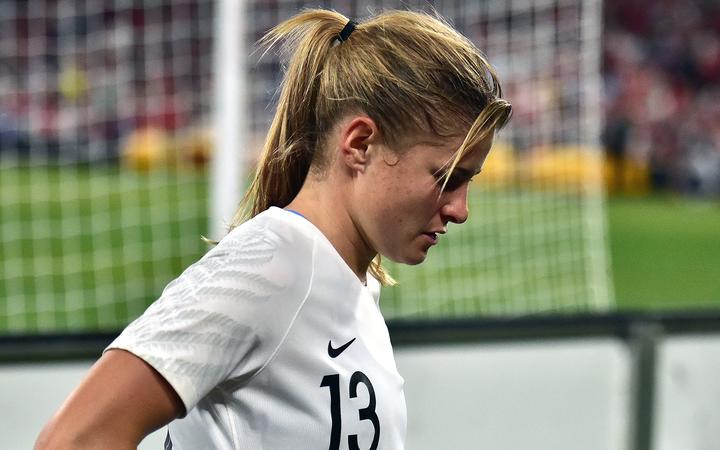 The Football Ferns needed to win and have other results go their way to reach the knockout phase.

After a goalless first half, Cameroon scored in the 57th minute to take a 1-nil lead, meaning New Zealand would have to win 2-1 to have any hope of progressing.

It looked like Cameroon would play out the win before an 80th minute Football Ferns cross was deflected into the African's net by one of their defenders for an own goal.

That drew the Ferns level and gave them about 10 minutes to score the much needed second goal, but they couldn't get it done, with Cameroon adding a second in stoppage time to secure the 2-1 win.

The result ends the New Zealanders slim hopes of making the round of 16 and leaves them still searching for their first ever victory at a World Cup.

The Football Ferns lost all three games at this year's tournament, beaten by the Netherlands and Canada as well, and failed to score a single goal.

Cameroon advance as one of the best third placed teams, joining the Dutch and Canadians in the knockout phase from Group E.

Coach Tom Sermanni found no fault in his players commitment but admitted a lack of precision at crucial times cost them.

"We were chasing the game and we pushed players forward because we had to take those risks," he said.

"But, to be honest, if we'd just done a couple of things a little bit better when we took those risks, we would have scored the second goal," he added.

"So there's a couple of things to learn from that but the effort of the players and the commitment they showed was outstanding, I couldn't ask any more of them. The only thing I could have asked is if we'd just done a couple of the things we'd talked about a little bit better then I think we would have won the game today."

Chance said they missed a great chance to make history.

"None of the results went our way but you can't underestimate how much work we've put into all of the games, we've worked hard and it's just the little differences that have affect the results," Chance said.

"I think we're going to have to go back and work really hard to make sure that this doesn't happen again because it really hurts. There's a lot of girls here that have been to multiple World Cups and we've let the opportunity slip this time so we're extremely gutted at the moment," she added.

"We just need to let this sink in, remember this feeling and let it drive us for the Olympics. We really need to knuckle down and make sure we're back to winning at the Olympics," Chance said.