The Black Caps have suffered from a bit of cabin-fever but enjoyed a day out in the English sun today as they prepare for their next game at the World Cup. 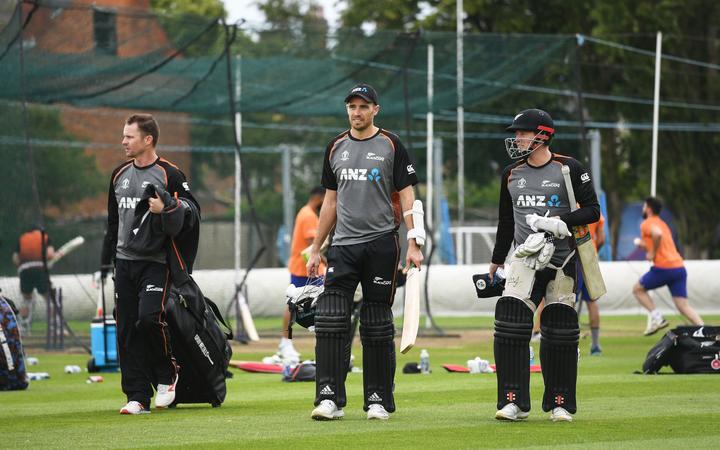 Since their game against India last Friday was washed out, the New Zealander moved to a damp Birmingham for tomorrow night's game against South Africa.

However the sun was out today and batting coach Craig McMillan says they made the most of it.

"I know the guys are very excited to be outdoors today for training."

"It's been roughly 10 days since we've actually trained outdoors and by the time we play on Wednesday I think it will be 11 days since our last game so it's a longer break than normal, but we've done some quality stuff indoors, so preps been good, but certainly the guys were looking forward to getting outside today."

McMillan was asked if there would be changes to their side because of the wicket at Edgbaston.

"The great thing about our squad is that we have flexibility and options within the 15 so that if we do have to make changes because of pitch conditions or opposition we can do that and I think it's just the way things have fallen in the first three games that we've had some injury niggles and haven't had a full squad to pick from, but I'm pretty sure we'll have a full squad to pick from here."

The Black Caps played Australia in a Champions Trophy game at Edgbaston a couple of years ago, so McMillan knows what to expect.

"This is a Test ground so generally it's a pitch that has pace and bounce and with the pitch being under covers for a number of days you sort of think there might be some help for the fast bowlers in terms of either some lateral movement or some swing so hopefully we get another fine day tomorrow and it gets a bit more time out from under the covers."

Some rain is forecast for Birmingham for the next two days.

Meanwhile South African seamer Lungi Ngidi has been passed fit for the game at Edgbaston after overcoming a hamstring injury.