Scott McLaughlin has ended a 13-year wait with a thumping win to become the first Supercars driver to win the Triple Crown in Darwin. 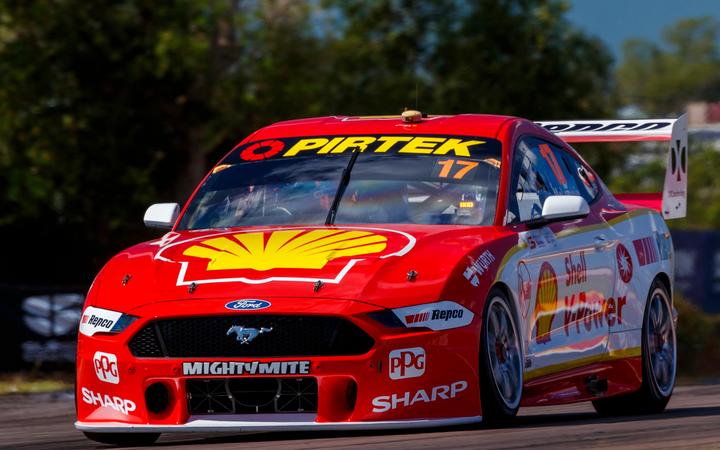 DJR Team Penske star McLaughlin enjoyed a flawless weekend in the Top End after winning the both races from pole and the top-10 shootout in his Ford Mustang.

No driver had completed the trifecta since its inception in 2006. McLaughlin also drew level with legend Peter Brock to sit equal-second on the list of career pole positions (57).

McLaughlin, 26, has been almost unstoppable this season. He was flawless again on Sunday, crushing the field by 13.8 seconds for his fifth-straight win.

The New Zealander is a heavy favourite to win consecutive Supercars championships after clinching his 12th win from 16 races and leads the drivers' standings by 319 points.

McLaughlin was in control from start to finish in Darwin.

"It's been an awesome effort from the team to get the Triple Crown, the first one ever which is really cool," he said afterwards.

"I feel in the zone; I feel like I'm making the most of the opportunity I've got. The 0car is sensational and, when you have clear air in this series, especially on a hot track like this, you've got to make the most of it.