Sports Call - It's a shame the departure of the Wellington Phoenix's most loyal servant Andrew Durante has been such a debacle. 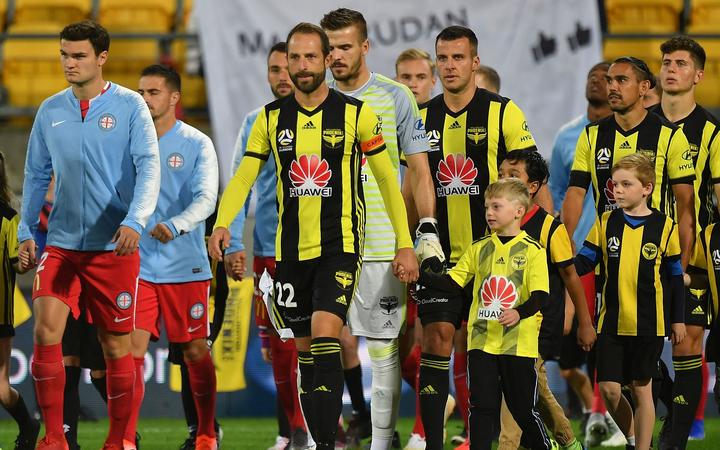 Andrew Durante leads the Phoenix onto the field against Melbourne City. Photo: Photosport

It's a shame the departure of the Wellington Phoenix's most loyal servant Andrew Durante has been such a debacle.

Confirmation of his departure from the Phoenix after 11 years came via a social media post from Durante.

The media had a sniff that Durante was about to exit but the Phoenix shut up shop and wouldn't comment.

Durante was getting calls left, right and centre and felt he needed to say something - he's just that kind of bloke.

Whatever the 'ins and outs' of what should have been a chance to celebrate his time with the club turned into a public relations mess.

Durante has been with the Phoenix through thick and thin - and no doubt on many occasions must have questioned why he stayed so long.

He was signed by then Phoenix coach Ricki Herbert in 2008 as a 25-year-old after helping the Newcastle Jets to the A League.

In a 2012 interview Durante said "When I told people I was moving here, their overwhelming reaction was, 'Why?'

"Some people felt it was cold, miserable, windy. I never had that view."

But being a defender Durante has backbone.

And he needed it having to spend so many years training at Newtown Park in a howling southerly.

Many overseas players came and went, unable to cope with a Wellington winter.

Durante went on to become the first player to play 300 A-League games and his number 22 has been retired by the club.

In the age of professional sport Durante is a genuine bloke. He speaks the truth and doesn't try to hide when things aren't going well.

In fact when things aren't going well is when he is particularly to the fore.

During the tumultuous period of Terry Serepisos' ownership of the club and all the uncertainty the one constant was Durante.

Serepisos set up the club in 2007 but was forced to relinquish ownership in 2011 due to financial woes and was later declared bankrupt.

Players weren't paid on time and whether the club would even survive the Serepisos saga was questionable. 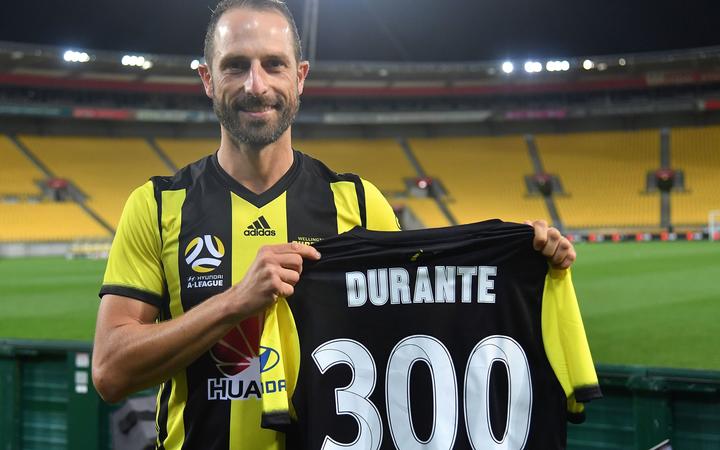 Throughout that period though it was Durante who was prepared to front - even though he was unsure of just how things would eventually land.

The Welnix consortium involving the likes of Rob Morrison and Gareth Morgan picked up the pieces and the Phoenix rose again.

Although it's always been a tough road for the Phoenix and Durante over the past decade - their best finish in the League is third in the 2009-2010 season.

And there's been the on going battle of retaining their A League licence - Football Federation Australia aren't among Phoenix fans and would quite happy for the Wellington club to fade away.

But Durante's now moving onto to a new challenge and no-one can begrudge him that.

He's expected to join up with former Phoenix coach Mark Rudan who has signed with newly formed Western United in Melbourne.

Durante isn't the most gifted of footballers.

Maybe that's why he was such a good fit at the club and was able to see out the winter trainings at a windswept Newtown Park for so long.