David Warner and Steve Smith returned to international cricket today to see Australia through to a comfortable seven-wicket win over Afghanistan in their World Cup opener at Bristol's County Ground. 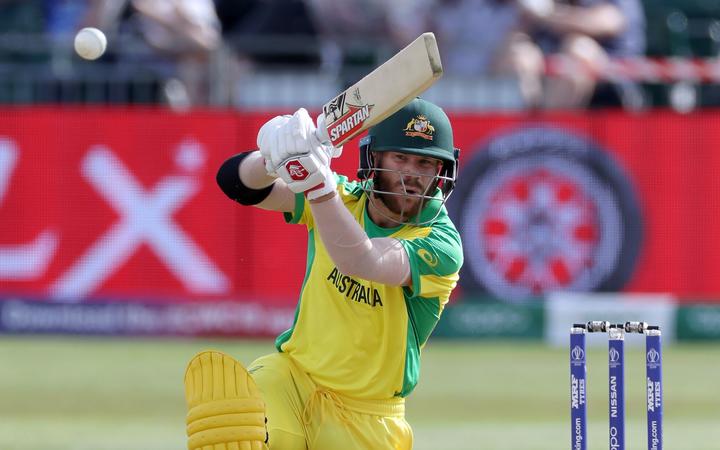 Warner top-scored with an unbeaten 89 while Smith made 18 as Australia easily chased down a modest target after Afghanistan, who won the toss and elected to bat, were bowled out for 207.

The pair were back for their first official one day international after year-long bans following a ball-tampering scandal in South Africa.

Australia, whose captain Aaron Finch contributed 66 runs off 49 balls, reached 209 for three in the 35th over, ensuring a winning start to the defence of their World Cup crown.

Warner played a circumspect innings in stark contrast to the record-breaking 178 he scored against the Afghans in a dominant 275-run victory at the last World Cup in Perth four years ago.

Instead it was Finch who led the way for Australia this time, playing the aggressor while Warner was an uncharacteristically subdued support act.

But after Finch was caught as Australia lost their first wicket for 96, Warner took the lead, first with Usman Khawaja (15) and then Smith, who walked out to the wicket to a cacophony of jeers. Smith was caught with just three more runs needed to win.

Warner was also jeered when he reached his 50 but both looked nonplussed by the reaction to their return.

Earlier, Pat Cummins and Adam Zampa took three wickets each as Australia bowled out their inexperienced opponents in 38.2 overs.

Paceman Cummins finished with figures of 3-40 and leg spinner Zampa 3-60 as the holders kept the brakes on despite occasional flashes of flair from the Afghans.

Afghanistan lost both of their openers in the first two overs but rallied with a half-century from Najibullah Zadran and an aggressive cameo from Rashid Khan to creep past 200.

Rahmat Shah earlier steadied the innings with a 43-run knock after coming in at No. 3, but it was Najibullah and captain Gulbadin Naib who gave their team hope of a competitive total with a swashbuckling 83-run sixth-wicket partnership off 75 balls.

Rashid Khan provided a late flurry of runs, his 27 runs off 11 balls ending when Zampa trapped him leg before wicket.