The Olympic 800 metres champion Caster Semenya has filed an appeal to Switzerland's highest court against a ruling to uphold rules requiring that middle-distance female athletes with a high natural level of testosterone must take medication to reduce it.

The South African athlete lost an appeal to the Court of Arbitration for Sport earlier this month which ruled the regulations imposed by athletics governing body the IAAF were necessary for athletes with differences in sexual development to ensure fair competition.

"I am a woman and I am a world-class athlete. The IAAF will not drug me or stop me from being who I am," Semenya, 28, said in a statement after filing the appeal on Wednesday.

The statement added that Semenya will ask the Swiss Federal Supreme Court to set aside CAS's decision in its entirety, which it said did not consider medical protocols and uncertain health consequences of taking testosterone-reducing medication. 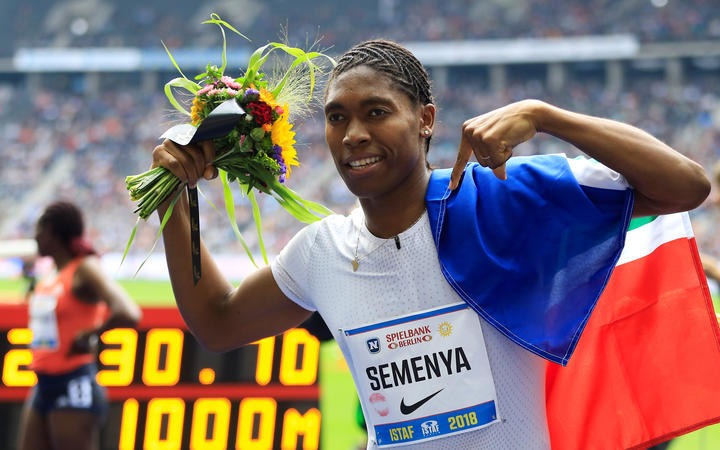 Under the new regulations, female athletes with high natural levels of testosterone wishing to compete in events from 400 metres to a mile must medically limit that level to under five nmol/L, double the normal female range of below two nmol/L.

Semenya has repeatedly stated she will not take medication to comply with the regulations, which came into effect on May 8, but she has also vowed to continue to compete in the 800 metres.

Testosterone is a hormone that increases muscle mass, strength and hemoglobin - which affects endurance.

Semenya won her last competitive 800 metre race at a Diamond League meeting in Doha on May 3 and has pledged to return to Qatar to defend her world title in September, but the regulations will not allow her to compete unless she takes medication.

Semenya, who also races 5,000 metres, could continue to compete in longer distances not affected by the rule change but she has vowed to continue her fight to stay competing in the 800 metres, which she recently said was her calling.