New Zealand comfortably beat India by six wickets in a cricket World Cup warm-up match at The Oval in London after restricting the Virat Kohli-led side to 179. 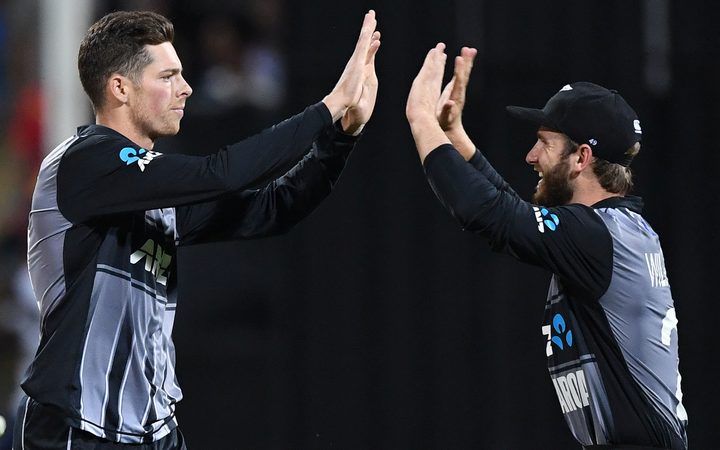 Skipper Kane Williamson and Ross Taylor made a 114-run partnership for the third wicket which helped the Kiwis to chase down the total with nearly 13 overs to spare.

"Facing a quality side like India and scoring some runs is always good," Williamson said.

India's top order capitulated in the first innings as Trent Boult made the best use of seaming conditions to pick up three quick wickets, sending Rohit Sharma, Shikhar Dhawan and KL Rahul back to the pavilion for a combined 10 runs.

James Neesham's medium pace came in handy as he picked up three wickets but there was nothing on offer to assist spinners Mitchell Santner and Ish Sodhi who were both carted for 19 and 18 runs respectively in their three overs.

"We didn't get too much from the spinners but hopefully we can get them some work in the second warm-up game," Williamson added. "It was quicker in the first innings than the second innings, it got slower later on."

During the chase, Kohli opted not to give his trio of front-line fast bowlers too many overs with Bhuvneshwar Kumar, Jasprit Bumrah and Mohammed Shami bowling only four overs each.

"We bowled well. They were going at four, 4.5 (runs) per over and looking at that in isolation we did well," Kohli said.

India play one more warm-up game against Bangladesh in Cardiff on Tuesday while New Zealand play West Indies in Bristol on the same day. The World Cup begins on Thursday.