If 'only' it was so simple. 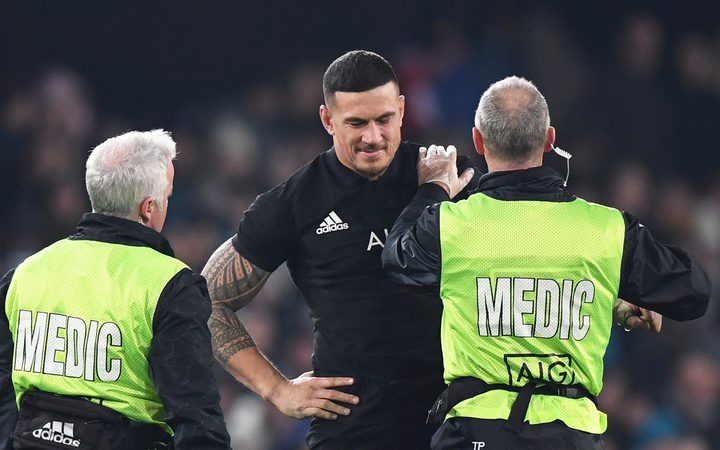 Sonny Bill Williams being checked over by medical staff during an All Blacks test match against France in 2018. Photo: Photosport

Listening to All Blacks coach Steve Hansen on Monday, we were told midfield back Sonny Bill Williams 'only' had to get himself fit to earn selection in the team this year.

No-one doubts Williams' talent. No-one ever has actually. From the moment he burst onto the sporting stage, as a Canterbury-Bankstown Bulldog in 2004, Williams has been pure box office.

Men, women and children have all clamoured to watch him play or hear him speak. They've all admired his incredible physique and breathtaking ball skills.

He's divided plenty of opinion along the way, but even Williams' detractors would concede they've still tuned in to watch him.

The problem being, though, that those appearances have been all too infrequent.

Since leaving the Chiefs in 2012, to honour a handshake deal with Sydney Roosters boss Nick Politis, Williams has hardly played any rugby. There were the two seasons of rugby league, a stint spent playing sevens and then a catalogue of injuries.

In theory, this is Williams' third season with the Blues. In reality, he hasn't played enough footy in all three years combined to comprise a full campaign.

Last year, for instance, he made five appearances. The same this year. In 2018, Williams made just the five All Blacks appearances as well.

Hansen says 51 tests is a lot. And it is, in isolation.

It's just that Williams made his test debut in 2010. Sam Whitelock has played 108 tests in the same period.

It's all very well to say Williams only needs to get himself fit; the problem is he so rarely is.

If Williams can stay in one piece, and string a series of games together, then, even at 34, as he will be when this year's Rugby World Cup starts, he will be an asset to the All Blacks.

But every injury, every operation, every stint spent watching on the sidelines, takes the edge of his game.

In a tournament situation it's hard to carry guys in a squad who aren't likely to be fit all the time. Doubly so given the doubts about Ryan Crotty's durability.

Everyone admires Crotty. Like Williams, he's a great professional and a genuine leader within the All Blacks' squad. It's just that, like Williams, he also has a habit of not seeing out the full 80 minutes.

Crotty can pass all the Head Injury Assessments he likes; the unfortunate fact is those knocks force him from the field on a pretty regular basis. The All Blacks can maybe accommodate one midfield back who's not available for every match at a world cup, but two feels like a stretch.

Only one team has ever defended the Rugby World Cup title. And, as we all know, that was New Zealand in 2015.

The issue most defending champions have is that they're too loyal to senior men. Coaches back their ageing stars, their tried and true performers, to rise to the big occasion one last time.

Hansen did that in 2015, as all time greats such as Richie McCaw, Daniel Carter, Tony Woodcock, Keven Mealamu, Conrad Smith and Ma'a Nonu said goodbye to the black jersey by winning a second world cup title.

Hansen was always of the view that people were too quick to write off the likes of Carter. Too eager to demand a successor. He knew you couldn't beat big game experience and was proved right.

Which brings us to this year and a situation where Williams isn't the only senior All Black with fitness issues to prove. Kieran Read, Owen Franks, Ben Smith, Dane Coles, Joe Moody, Sam Cane and Brodie Retallick are others who you couldn't describe as bulletproof either.

History suggests Hansen will back them to front when it matters. Time will tell if he was right.