Blues assistant coach Tom Coventry says the Super Rugby sides' players are public figures who are expected to behave as such. 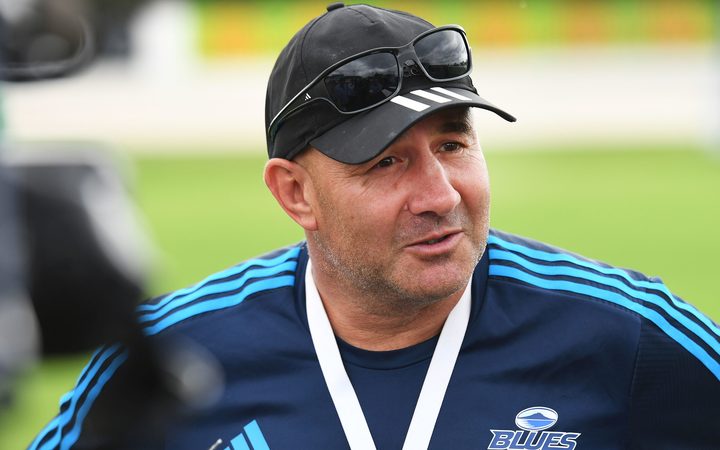 New Zealand Rugby (NZR) and the Crusaders have launched a joint investigation into allegations of poor player behaviour while the Crusaders were in South Africa this month.

In one, Crusaders winger George Bridge is alleged to have made homophobic remarks to a group of men in a Cape Town McDonald's restaurant.

In the other, All Blacks first five Richie Mo'unga is said to have spat beer on a woman and touched her inappropriately in Cape Town the week before.

"We expect pretty common sense and obviously, you know, being a good bloke in public.

"These modern day rugby players are under the microscope and you've just got to be really careful with the way you express yourself in public.

"I think being a good bugger and treating everyone with respect is probably the easiest thing to understand when you go out there and be aware of that probably more than anything.

"You're a public figure and you're responsible for your actions and your words," Coventry said.

Rather than coaches setting strict curfews or rules, the trend in recent times has been for players to set guidelines.

Coventry said the Blues have a variety of ways of preventing post-match off-field incidents, including putting the onus on senior players to set curfews for the whole squad.

He said they always ensured boundaries are set for what happens after games, especially when they are in South Africa.

"The team will put a time on it, when you getback to the minibus or come back to the hotel together.

"So we do sort of manage that a little bit. It's never just a carte blanche, you can do what you like.

"It's either a team function, we involve our families or there is a semi-curfew when we go out. That's pretty common in modern rugby."