The Central Pulse will head into the netball Premiership grand final on the back of just their sescond loss of the season. 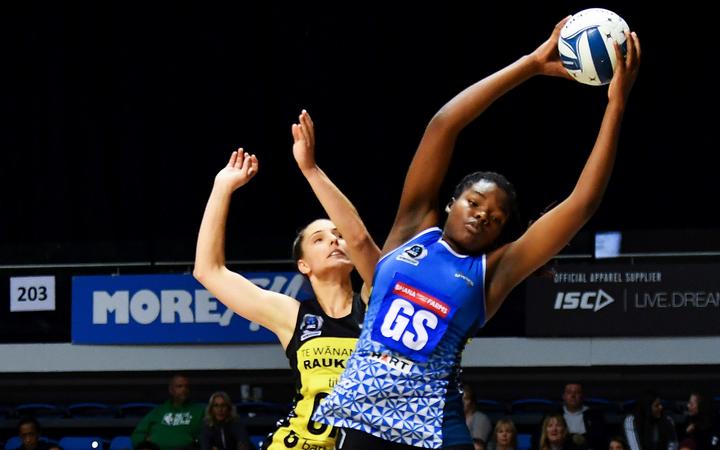 The Northern Mystics saved their best to the very last beating the Pulse 60-54 in Auckland.

There was little riding on the encounter but pride for the Mystics. No matter the result, the Pulse couldn't fall off the top of the ladder, and the Mystics couldn't climb off the bottom rung.

But Phoenix Karaka's young side proved they are brimming with talent, promise and tenacity, and put together their best team effort of the season for just their fourth win.

There were still individual stars of the Mystics' victory - 17-year-old shooter Grace Nweke potting 47 of her shots under heavy pressure, Elisapeta Toeava's superb vision on attack, and Erena Mikaere coming off the bench to dominate on defence.

Pulse captain Katrina Rore surmised the Mystics wanted the victory more than her side, but hopes that it means they will come back firing in the grand final in two weeks' time.

The Mystics showed plenty of early confidence, with Toeava drilling the ball into goal shoot Nweke with perfect timing. Nweke held her own under the post against the Pulse's exceptional defenders Rore and Sulu Fitzpatrick, using her height to full advantage to snatch a string of rebounds (at one time, five in a row), while Bailey Mes supported Nweke with some sharp long shots.

Playing her 50th match for the Pulse, Whitney Souness was sound with her feeding and her defence, but the Pulse weren't dominating like they have for the majority of the season.

The Mystics stayed in touch with the league leaders right through the quarter, which ended at 17-all.

The second spell was punctuated with a patch of careless play by both sides.

But when Mikaere entered the match from the bench, she inspired the Mystics to lift their game and intensity to score five in a row, and lead by five, 32-27, with two minutes left.

The Pulse staged a mini-comeback just before the break to close to within two, 32-30, at halftime. It was only the third time in the season that the Pulse were trailing at halftime.

Trying to change it up, the Pulse brought on Tiana Metuarau and Elle Temu at either end of the court.

But with Mikaere, Karaka and Michaela Sokolich-Beatson in fierce form, the Mystics pushed back out to be four ahead. Karaka, showing little signs of the concussion which kept her on the bench for a month, would end the match with four intercepts and four deflections to be MVP.

The Pulse, though, could never be discounted and with goal keep Temu putting new pressure on Nweke, and Rore and Karin Burger sparking into life, it was the turn of the visitors to take a three-goal lead.

Up 45-43 going into the final quarter, the Pulse scored the first four goals when play resumed. They brought on the fresh legs of Maddy Gordon, who was a lynchpin in Central Manawa's final victory in the Beko League the day before.

But buoyed by their crowd, the Mystics were not yet done. With six minutes to go the Mystics took the lead by two, with some outstanding defence led by Mikaere. It stretched to seven through the Toeava's exceptional bombs into Nweke, who kept standing strong.