Brooks Koepka survived to win the PGA Championship for a second consecutive year when he triumphed at Bethpage Black in New York to secure his fourth career major golf title. 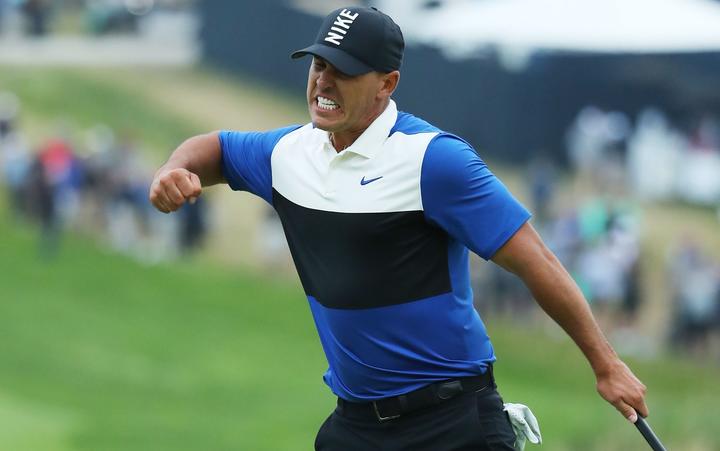 It was not pretty. but Koepka limped across the finish line two strokes ahead of fellow American Dustin Johnson.

Koepka carded a final-round four-over-par 74 in strong and gusty winds.

What looked like being a comfortable march to victory turned into high drama when he made four consecutive bogeys from the 11th hole as Bethpage reared its head in the tough conditions.

A seven-shot lead when he started the day suddenly became a tenuous one-shot advantage when Johnson, playing two groups ahead, birdied the 15th hole.

With the raucous and partisan gallery openly cheering for Johnson, it would have been easy for the leader to completely crumble.

But Johnson subsequently bogeyed the 16th and 17th holes, affording Koepka the luxury of some breathing room.

He finished at eight-under 272, while Johnson (69) had to settle for second place on six-under, the 2016 U.S. Open remaining his only major title.

Koepka, who won the U.S. Open in 2017 and U.S. Open and PGA Championship last year, replaces Johnson as world number one.

He is the first repeat winner of the PGA Championship since Tiger Woods accomplished the feat in 2007.

New Zealander Danny Lee struggled with a seven over par 77 to fall to a share of 36th at six over par.