Brooks Koepka combined the strength of tungsten with the precision of a calligrapher, earning a record seven-stroke lead after the third round at the PGA Championship in New York. 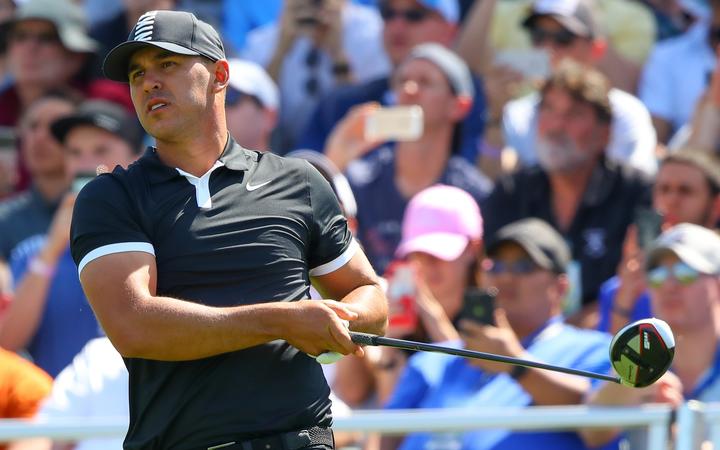 After opening up a seven-shot halfway advantage, the 29-year-old remained in charge with a near-clinical even-par in brilliant spring sunshine at Bethpage Black on Sunday (NZ time).

The largest 54-hole lead in championship history left Koepka needing only to avoid a disastrous final round to retain the title. He has also won the past two US Opens.

American John Mahaffey pulled off the largest PGA Championship comeback after 54 holes, coming from seven behind to beat Tom Watson in 1978.

Koepka played with machine-like precision, smashing his drives more than 300 yards and hitting soaring iron shots that honed in on the pins as if attracted by magnets.

He limited his damage to just three bogeys, using pugilistic power to muscle his ball out of the lush rough on the odd occasion when he strayed from the fairway

His rivals did not play badly, but the damage had been done in the first 36 holes.

They simply had too much ground to make up on the leader, their cause made all the more difficult by the lush rough that gobbled up errant shots, while the wind whipped up over the final hour of play.

World number one Johnson had six birdies, but littered his card with five bogeys, while List bogeyed the final two holes just when it seemed Koepka's lead was not necessarily insurmountable after all.

Johnson was not ready to concede defeat.

"It's going to take something special to catch Brooks but it's definitely doable on this course because it's so difficult," he said.

"I think we're all pretty much playing for second. It seems like that hasn't been said since Tiger (Woods) back in his heyday," List said.

Janewattananond, in his first American major appearance after last year's British Open, gave the galleries a new face to enjoy, almost swinging out of his 23-year-old shoes in a fearless display.