Jean-Luc du Plessis slotted a penalty for the struggling Stormers with the last kick of the game to ensure a thrilling 19-19 draw against Super Rugby log leaders the Crusaders. 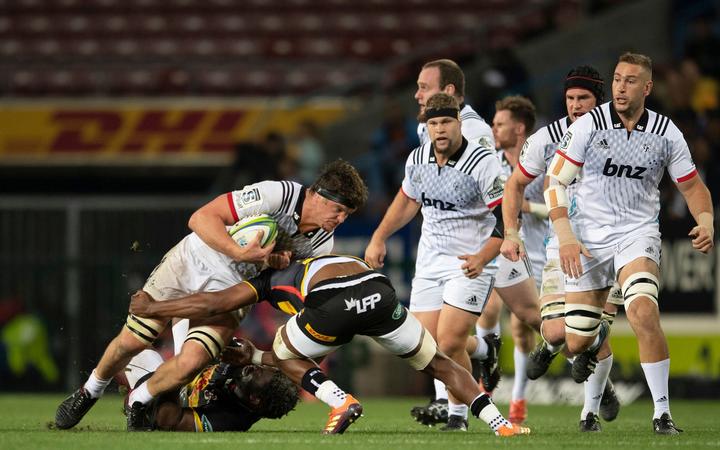 But the Stormers fought back in an exciting, high-tempo finish and three successful penalties ensured the draw, which comes after the Crusaders drew 21-all at home against the Sharks two weeks ago.

The Crusaders outscored the Stormers by three tries to one but the boot of Joshua Stander and his replacement Du Plessis made for a grandstand finish.

Tries from Matt Todd, David Havili and substitute Braydon Ennor for the New Zealanders came after Siya Kolisi scored first to give the Stormers early hope.

The Springbok captain burst through the defensive line to score after six minutes and a Stander penalty 10 minutes later had the Stormers 10-0 up.

But Todd went over in the Crusaders' first attack at the end of a quick drive off a 28th minute line out and a clever kick from flyhalf Richie Mo'uanga set up Havili for his try under the posts.

The Crusaders' 12-10 halftime lead was extended to 19-10 soon after the break by Ennor, at the end of a sweeping set of passes across the backline.

But the Stormers kept in contention by reducing the lead to 19-16 with two penalties to ensure an exciting last 10 minutes, where Seevu Reece went over for the Crusaders, only for the score to be called back because of a forward pass.

That offered the home side energy for a final attack and pressure on the Crusaders forced a last-minute penalty which Du Plessis put over.

With three home games to come in their remaining four regular season matches, the Stormers are still in playoff contention.