The Highlanders have let a chance slip, going down in their Super Rugby clash with the Lions in Johannesburg. 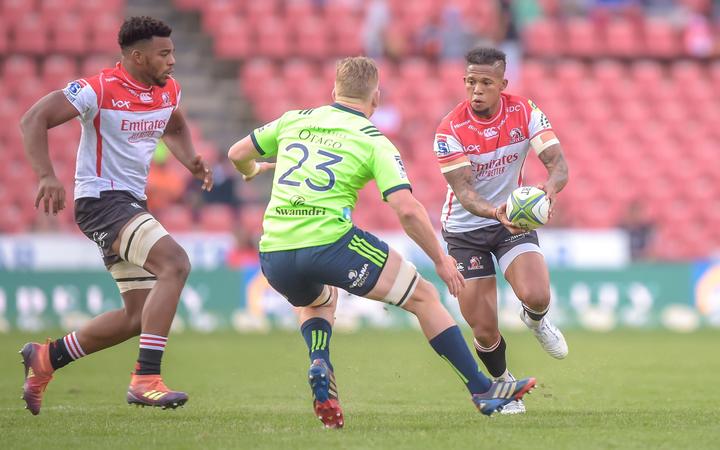 Holding a one-point lead going into the final quarter at Ellis Park on Sunday (NZ time), the visitors have faded to fall 38-29 to the 2018 finalists.

Electric loose-forward Kwagga Smith scored two tries for the Lions in a thrilling clash that was in the balance until late on.

The killer blow for the home side came when wing Courtnall Skosan crossed with a minute remaining and the win moved the Lions to 30 points and into the play-off positions.

Fullback Andries Coetzee and replacement flyhalf Shaun Reynolds also crossed for the Lions, who led 14-12 at halftime before two tires in quick succession for the Highlanders gave them a 22-21 lead at the 60 minute mark.

But the Lions soon regained the lead and managed to keep up the tempo to the end, exhausting their opponents.

Wings Sio Tomkinson and Jordan Hyland, lock Thomas Franklin, fullback Matt Faddes and flyhalf Josh Ioane scored tries for the Highlanders, who slipped to a sixth defeat of their campaign.

The Highlanders weren't helped by the late withdrawal of All Blacks wing Waisake Naholo, who was scheduled to make his return from injury.

The visitors also Teihorangi Walden late in the first half after the midfielder suffered a head knock.