Kodi Nikorima has been lauded by his coach after the mid-season recruit led the Warriors a second straight NRL victory on Friday. 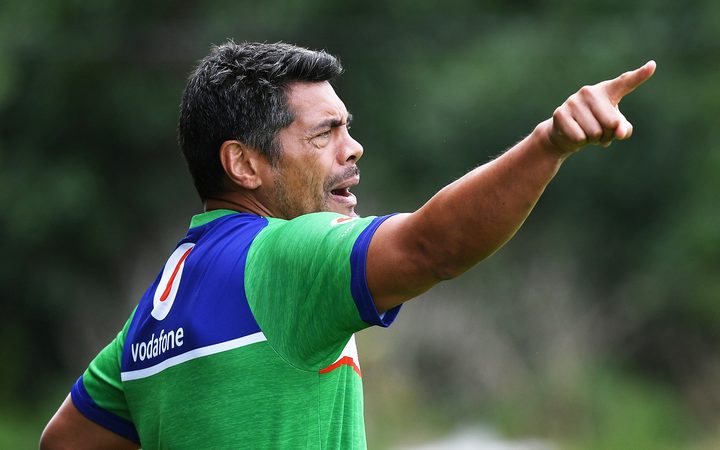 The Warriors are now two wins in as many weeks since the mid-season pick-up of Nikorima, who scored a sizzling solo try in their 30-10 rout of Penrith.

Warriors coach Stephen Kearney said he wasn't surprised at how quickly the New Zealand international has settled into their line-up.

"He's a cocky little prick. He makes himself feel comfortable, if you know what I mean," Kearney said of Nikorima.

"He doesn't sit back and shy away from it. He jumps into it.

"Credit to him, he's got that sort of personality where he jumps in there and gets on the front foot. So he was always going to fit in pretty easily."

Nikorima posed a threat with every touch of the ball against the Panthers as his combination with Blake Green, Roger Tuivasa-Sheck and Issac Luke heats up.

While Luke was a last-minute inclusion, Kearney said it wasn't a coincidence their first back-to-back victories of the year with the quartet back together.

"It coincides (with having) a bit of consistency in our key positions," he said.

"(Blake) Green's been back the last couple of weeks, and the hooker's been pretty consistent, whether it was Karl (Lawton), Nathaniel (Roache) or 'Bully' (Luke).

"And obviously Kodi's come on board, I think that's helped."

The Warriors were leading 16-0 midway through the second half when Nikorima put the Panthers to the sword with killer left-foot step to score a try.

He finished the night with seven tackle breaks, two line breaks, and an offload.

"I was pleased for Kodi. I thought a couple of touches that he had tonight, he showed what he's capable of," Kearney said.

"He can really trouble a defensive line, so I was pleased for him in that sense."