A horror first nine holes has sent New Zealand golfer Danny Lee tumbling down the leaderboard on day two of the PGA Championship in New York. 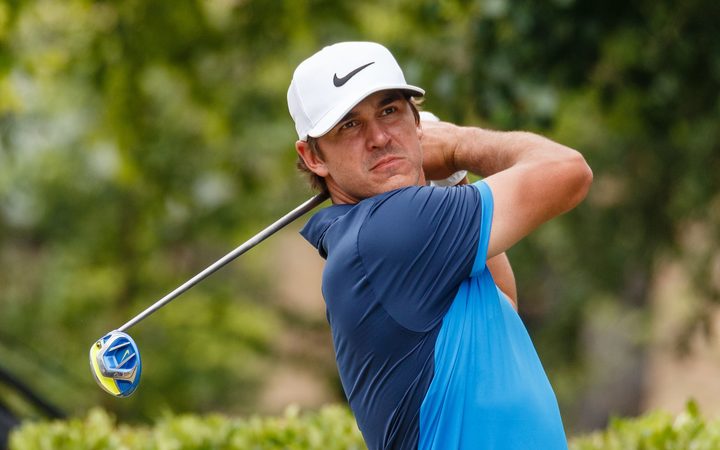 Lee had emerged as Brooks Koepka's nearest challenger in round one, after the defending champion fired a course record 63 at New York's Bethpage Black to top the leaderboard at seven-under-par.

The 28-year-old New Zealander was close behind on 64 at the end of the first day, but couldn't replicate that form on day two.

He went six over par for the first half of his second round, going on to shoot a four-over 74. Lee slipped down the leaderboard into a share of 10th place, on a two-round tally of 138.

That's 10 strokes behind Koepka, who planted one hand firmly on the Wanamaker Trophy when he shattered the record books en route to a seven-stroke lead.

The American carded five-under-par 65 to post the lowest score for the first 36 holes in major championship history.

At 12-under 128, he also secured the biggest ever halfway lead at a PGA Championship.

Koepka, however, said Friday's round was still a struggle.

"This probably sounds bad, but today was a battle," he said. "I didn't strike it that good.

"I was leaking a few to the right but the way I hung in there today and battled it, I think that was probably more impressive than yesterday, not having your 'A' game but still being able to shoot a great score.

"I was very, very pleased with the way I played today."

Grand slam-seeking Jordan Spieth (66) and Adam Scott (64) were equal second on five-under, with world No.1 Dustin Johnson (67) part of a group eight behind.

Tiger Woods missed the cut in his first start since winning the Masters a month ago, putting poorly in the first round and driving badly in the second to record a five-over 145 score.

Playing in the same group as Koepka, 43-year-old Woods looked a shadow of the man who memorably grabbed a 15th major title at Augusta National.