The Israel Folau social media furore has proved as divisive in Australia as Colin Kaepernick's stand against racism in the United States, according to former Wallaby Karmichael Hunt.

Folau, a fundamentalist Christian and 73-test Wallaby, is awaiting sanction after being found guilty of a "high level" breach of Rugby Australia's code of conduct for posting on social media that hell awaits "drunks, homosexuals, adulterers" and others.

A three-member panel is expected to issue a sanction on Friday after RA recommended his four-year contract be terminated.

NFL quarterback Kaepernick sparked a national debate when he protested against racial injustice by kneeling during the US national anthem, drawing the ire of US President Donald Trump.

Hunt likened Folau's case to the Kaepernick saga in terms of the ferocity of the debate that has gripped the nation.

"This is definitely a first," Hunt, a team mate of Folau's at the New South Wales Waratahs, told reporters in Sydney on Thursday.

"It's a very complex issue, there's millennia involved and people's beliefs based on millennia. It's definitely something I haven't experienced and the sporting landscape hasn't experienced.

"The only thing that comes to mind is the Colin Kaepernick situation in the United States, which I wasn't intimately involved in but kept an eye on. It was a pretty polarising event.

"But in terms of the Australian landscape and what I've seen first hand, I haven't seen anything like this before." 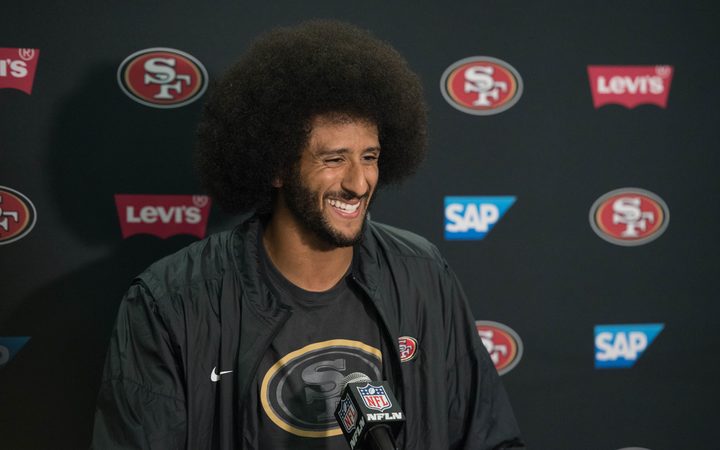 More than a month has passed since Folau's offending social media post and over a week since the three-member panel issued its judgement of a "high level" breach.

The case has proved a constant distraction for the Waratahs, who have struggled without their star fullback.

"If I can selfishly say I wish it hadn't happened. But it has happened and this is the way processes play out and you've got no control over it."

Even after the panel issues its sanction, both Folau and RA can appeal if unsatisfied with the decision, meaning the saga could be set for another round of litigation.