Opinion - It's about that time of the year that the All Blacks make every other test playing nation envious. 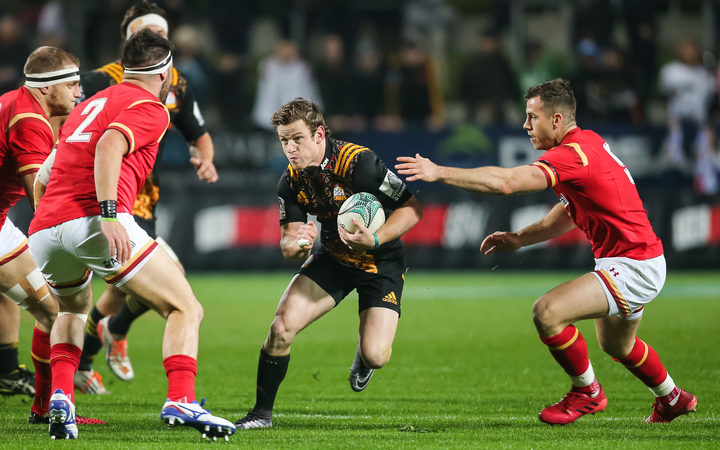 It's when Super Rugby starts to wind towards the business end and the public and media start forecasting just who will make the All Blacks.

One of the areas that seems all but locked down right now is the third halfback spot. On the surface, no big deal - last season Te Toiroa Tahuriorangi came off the bench once during the domestic season and started one test on the end of year tour. It's a job that presumably involves a lot of watching, running opposition at training and learning.

Tahuriorangi would be the first to admit that and knows full well that he'll probably get roughly the same amount of game time this test season. However, right now it looks like he's barely going to have much rugby leading up to it either; Chiefs coach Colin Cooper sees the bench as the most suitable place for him.

On the evidence of their last couple of games, it's pretty hard to disagree. While Tahuriorangi is a fantastic player, there's another man in his way whose form makes him an automatic selection.

Brad Weber is now 28. Cooper has promoted him to captain and Weber has relished in the role, going so far as to score the match winning try in the Chiefs' gritty 29-23 win over the Sharks on Saturday night. He's played one test for the All Blacks, the test against Samoa in Apia that didn't have any players from the Highlanders and Hurricanes in it back in 2015. It's unlikely he will be adding to that, though.

Weber is a straight up guy, which is a nice change from the usually humble, shy, or just obviously pre-recorded responses you get from a lot of players. At Chiefs training yesterday, he admitted he is in the form of his life.

"The consistency is what I'm most happy with. In the past I'd have one good game but now I'm going week in, week out. Running a game is something that's come on a lot, and that comes with experience."

His role as a leader has coincided with a major change in fortunes for the Chiefs, after an incredibly frustrating season that's been wracked with injuries. However, the team has put together statement performances in their last two games, coming back to draw with the Highlanders and beat the Sharks.

"The frustrating part is that we knew we had it in us. To put it together is incredibly satisfying."

But while he talks about his role as captain and the way the team has been performing at length, he only has two words when it comes to whether he's had any correspondence from the All Blacks on his big season: "Nah, nothing."

On the surface, that's not that unheard of. There's been plenty of guys over history that have played out of their skin and not even turned the heads of the All Black selectors. But this would have to be the first time in a long, long time that said player was starting ahead of the very man the selectors will pick. Not just starting but finishing too: Weber put in a rare 80 minute shift on Saturday night in a position that is religiously substituted in the professional era.

It also shows that perhaps Steve Hansen doesn't have quite the sway over Super Rugby coaches that everyone presumes he does. Cooper's plan for the Chiefs is now revolving around Weber, now that Damian McKenzie (a player that seemed to be getting shifted between positions at Hansen's behest) is out for the rest of the season.

Weber said that while he has a year left on his contract with the Chiefs, he can opt out and cash up overseas. Tahuriorangi re-signing with the team through to 2022 is a pretty clear indication that may well be the case. If it is, it would end a unique New Zealand rugby career for Brad Weber, a man destined to only wear the All Black jersey once, then spend the rest of his time making people wonder why he never got to do it again.