A man his size is used to having it all his own way, so Taniela Tupou's 2019 Super Rugby frustrations have been a blessing if you ask his coach Brad Thorn.

Rookie of the year in 2018, Super Rugby appeared a simple transition for 'Tongan Thor', whose legend was born when a social media highlight reel went viral five years ago.

The march continued with a Wallabies debut but finally the Queensland Reds prop - listed at 135kg and boasting surprising speed and guile - has encountered his first hurdle. 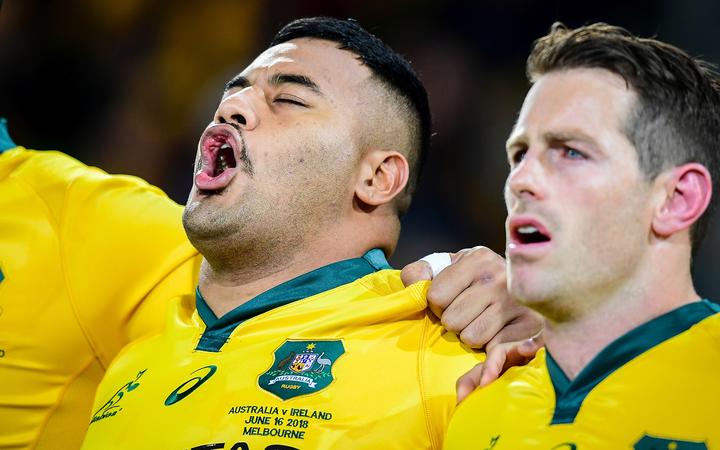 "It was frustrating for him earlier in the year, frustrations for sure," former All Black Thorn said of the 23-year-old ahead of Saturday's clash with the Waratahs.

"He just felt he was getting some decisions against him at scrum time.

"I had a chat to him the other day, he really had a look at how he was preparing on the training pitch but also off the field.

"It gave him the time to grow his character, it was a bit of a challenge for him." 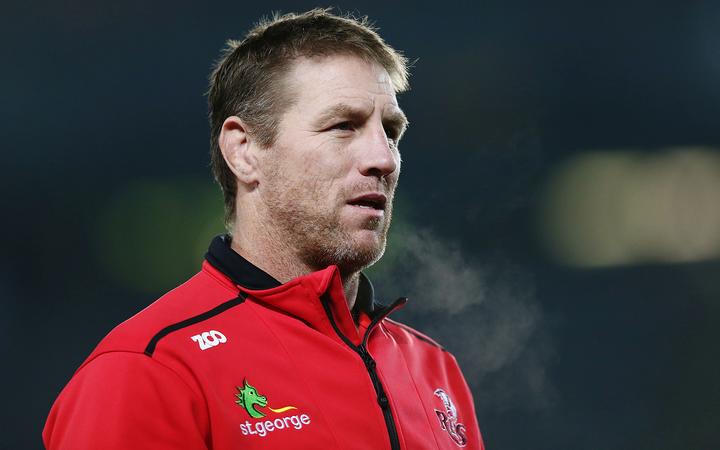 Tupou has conceded four free kicks at scrum time - the most in the competition - and eight penalties, the equal second highest number behind Crusaders and All Black prop Joe Moody (10).

Thorn is among the most decorated footballers on the planet and, eyeing an unlikely finals berth with the Reds this season, he thinks Tupou's trying times might be just what was needed.

"As a young player you don't just want it to be all easy and smooth the whole way," he said. 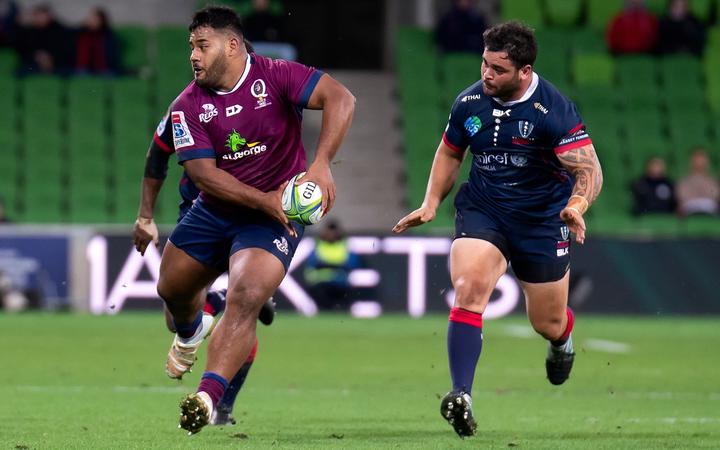 Taniela Tupou on the burst for the Queensland Reds. Photo: Photosport

"If you don't develop character and some steel, go through some times where you have to re-adjust (it can be to your detriment).

"You've got to put that hard work in.

"I don't think it's been a bad thing and he's stronger for it and happy."

Contracted to Rugby Australia until the end of 2020, Tupou is reportedly in discussions to extend that deal through to the 2023 World Cup in France.

Rival prop Sekope Kepu's move to London Irish next year adds further value to Tupou's signature, not that you need to convince Thorn of that.

"If he's harnessing all that he has and is disciplined and has that focus and form it's a good prospect for a national coach to have," Thorn said.

"Because in World Cups, set pieces are important."