The struggling Warriors believe they'll be slicker on attack after acquiring Kodi Nikorima and more robust on defence through the demotion of NRL veteran Issac Luke. 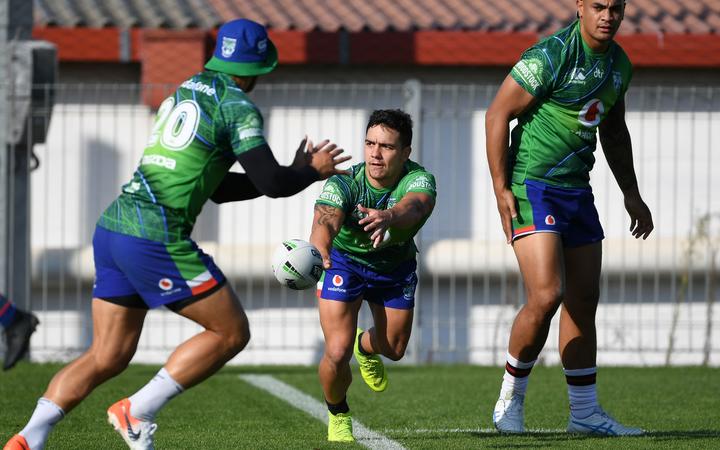 Coach Stephen Kearney has been forced into more key changes following four straight defeats, a run he is desperate to end when they face St George Illawarra in Brisbane on Saturday.

Nikorima will become the 27th player the Warriors have used this season when he makes his club debut opposite another former Broncos halfback, Ben Hunt.

His introduction represents a pivotal moment, with club management having realised their finals chances were grim if reliant on junior halves to fill the playmaking gap left by Shaun Johnson.

Captain Roger Tuivasa-Sheck praised the contributions of Adam Keighran and Chanel Harris-Tavita but conceded the arrival of Nikorima took the Kiwi outfit to another level on attack.

"A bit of experience, that's the main thing we lost with Shaun going," Tuivasa- Sheck said.

"Chanel and Kegs, they're young and exciting. They're got the skills, they've got the speed but unfortunately we're just missing game awareness and experience.

"That's what Kodi has. We are pretty excited to have him on board. He's got mean speed on him."

Nikorima may yet be entrusted with goalkicking too, although coach Stephen Kearney could hand the duties to rookie centre Patrick Herbert. Neither player has kicked a first grade goal previously.

Kearney's other goalkicking option, Luke, has made way after a series of modest performances in his return from off-season surgery.

The veteran hooker was among those who lacked defensive starch in last week's 36-18 loss to Newcastle and has lost his spot to Nathaniel Roache.

"Defensively, he (Luke) is a really important part of our game so in that area, there needs to be an improvement," Kearney said.

"I'm confident. He's very experienced, he understands what he needs to do to get back to playing his best.

"We let the back five down with our defensive effort. We let the Knights roll down the field a bit too easily."

Kearney has further stiffened the middle of the park by naming a bigger bench than in recent weeks, hoping that will curtail the late-game fades that have dogged them.