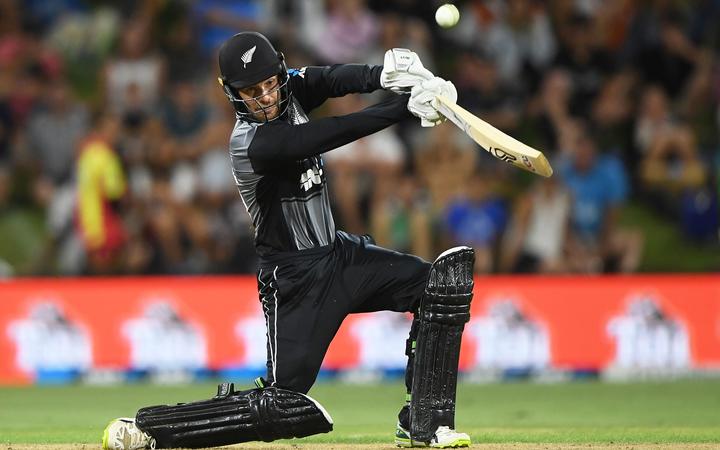 Tom Blundell hits hard through the off-side during a T20 for the Black Caps. Photo: Andrew Cornaga/Photosport

Given he is yet to play a one-day international and has a modest domestic 50-over average of just 24, Blundell's selection ahead of incumbent back-up wicketkeeper Tim Seifert for the World Cup raised a few eyebrows.

But the 28-year-old from Wellington hit a match high 77 in the New Zealand XI's one wicket loss to a strong Australian XI side in Brisbane on Monday, and Stead told RNZ he wasn't surprised to see it.

"He's looked really, really good in our camps and right the way through.

"Yesterday he batted really well [against] an Australian attack that had the likes of Cummins and Zampa and Behrendorff, all these sort of guys playing.

"I thought he batted really well and yeah, I guess in some ways it justifies the decision."

Blundell is one of just five players in the New Zealand XI squad who were part of the 15-strong group selected for the World Cup, which starts in England at the end of this month.

Nine have been, or still are, involved with the Indian Premier League, while veteran batsman Ross Taylor is in England playing in their one day competition for county side Middlesex.

Stead confirmed none of the quartet whose IPL teams missed the playoffs - including seamers Tim Southee and Lockie Ferguson, leg-spinner Ish Sodhi and all-rounder Colin de Grandhomme - would feature in this week's remaining two games in Brisbane. 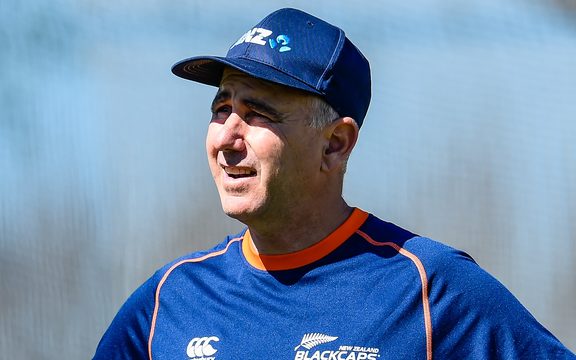 That meant more chances for those New Zealand XI players not in the World Cup squad but Stead said he had made sure those players were well aware all was not lost in terms of their World Cup aspirations.

"The key thing for us this week is making sure that our [five World Cup] guys here get some good match time, that they're getting in good rhythm.

"But it's also a massive opportunity for those guys that are on the fringes of our team.

"I mean you never know with injuries what might occur for them to be able to put their hand up and say, hey, I think I'm the right one you should take in case of emergency for the World Cup."

While it hadn't reached anything like the level of an emergency, the lack of runs for Kane Williamson in the initial part of the IPL had left some concern around the form of the Black Caps captain.

But after making just 58 runs from his first seven innings for Sunrisers Hyderabad, Williamson finally got going with an unbeaten 70 from 43 balls on Sunday.

Stead insisted he hadn't been losing any sleep over his captain's run drought, adding the reaggravation of a shoulder injury, an unscheduled trip home for a family funeral and Williamson shuffling himself around the order for the good of the team all contributed to the lean patch.

The New Zealand coach did, though, admit it was pleasing to see that end.

"It's nice to see him gets some runs. I mean every coach feels better when you see one of your key players doing that.

"But I mean he's a class player, we all know that and I know that when the World Cup comes around his frame of mind will be spot on with where we need it to be for New Zealand."