Manchester City can win the English Premier League football title with a victory at Brighton on the final weekend. 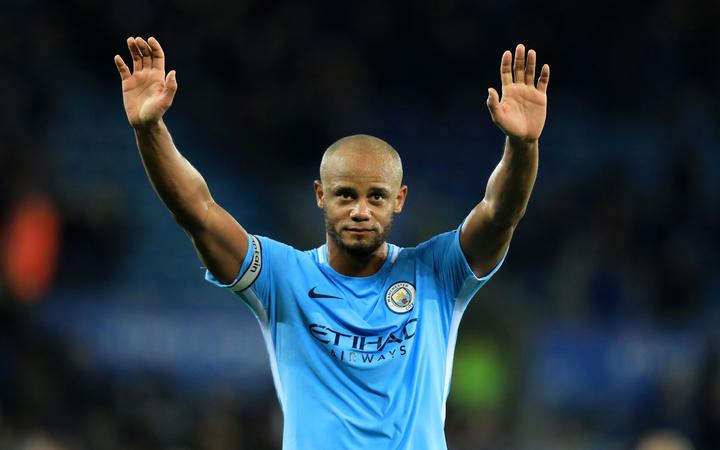 In their penultimate game City beat Leicester City 1-0 at home thanks to a thundering long-range drive from captain Vincent Kompany.

The result returns City to the top of the table with a one point advantage over Liverpool who host Wolverhampton Wanderers this weekend.

It was the longest City fans have had to wait for a goal at the Etihad in this Premier League season and with nerves fraying, there was a growing sense that an impressive Leicester could wreck Pep Guardiola's hopes of capturing successive titles.

But then Kompany picked up the ball just over the halfway line in the 70th minute with the Leicester defence camped deep, and the 33-year-old skipper unleashed a stunning drive from 25 metres out that flew into the top corner of Kasper Schmeichel's goal.

Leicester had an opportunity to level in the 87th minute but substitute Kelechi Iheanacho, a former City player, was unable to find the target from a promising position.

City, who have now won 13 straight league games, have 95 points to Liverpool's 94 and also have a plus four goal difference over Juergen Klopp's side.