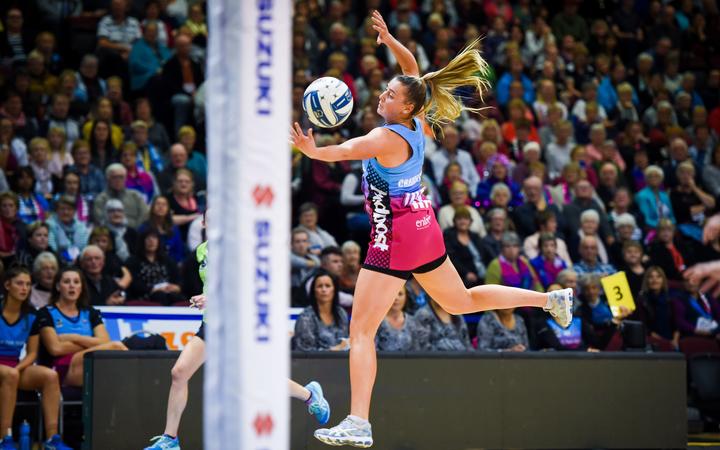 The home side halted the Pulse's 12 game winning streak, continuing their unblemished record against the Pulse in Invercargill.

The Steel led 32-27 at half-time, then blitzed them in the third quarter.

The normally super reliable shooter Ameliaranne Ekenasio was even benched for a period as the Pulse searched for answers.

It was a major reverse in fortunes with the Pulse enjoying a 16 goal win when the two side's last met in Dunedin.

The Steel have now won all 15 matches played at home in Invercargill since 2017, and the 2018 ANZ Premiership champions must now feel like their chance of defending the title is a more realistic goal.

The Steel, who have played three games in five days, showed just how well-conditioned they are - and how valuable a home advantage is to them, more than any other team in the competition.

After surviving a tough workout from the Magic just over 24 hours earlier, the Pulse made uncharacteristic errors and did not have the same continuity that they have become renowned for this season.

It was a critical 17-11 third quarter win that sealed it for the home side, but what was more impressive was the way they maintained their concentration for the full 60 minutes. They also took the opportunity to introduce a new player, and give their bench crucial court time.

With Steel defender Courtney Elliott out through illness, young Laura Overton got to make her ANZ Premiership debut in the first five minutes when Te Huinga Reo Selby-Rickit cut her finger.

The Steel defence was impressive from the get-go. Ball wasn't flying through to Pulse goal shoot Aliyah Dunn, the most accurate shooter in the league, so Ameliaranne Ekenasio put up all of the Pulse's shots until halfway through the spell.

At the other end, Steel goal attack Te Paea Selby-Rickit was doing a superb job at setting up Lenize Potgieter, and making her own shots count. It was shaping up as one of their most confident and cohesive games of the season.