Leading New Zealand doubles tennis player Michael Venus is confident he will be fit in time to play in the second grand slam of the year, the French Open starting in Paris later this month.

The 2017 Roland Garros doubles champion tore ligaments in his left foot in his first match of the clay court season in Marrakech last month and has been in a moon boot recovering.

But speaking from his base in London, the world number 15 ranked doubles player says he's just about ready to return to court.

"Things are going well and I am out of the moon boot and was on the court practicing a little bit towards the end of last week" Venus said.

"I will see the doctor on Tuesday (night NZ time) and will potentially be able to play Rome next week (Rome Masters) but will see what they say." 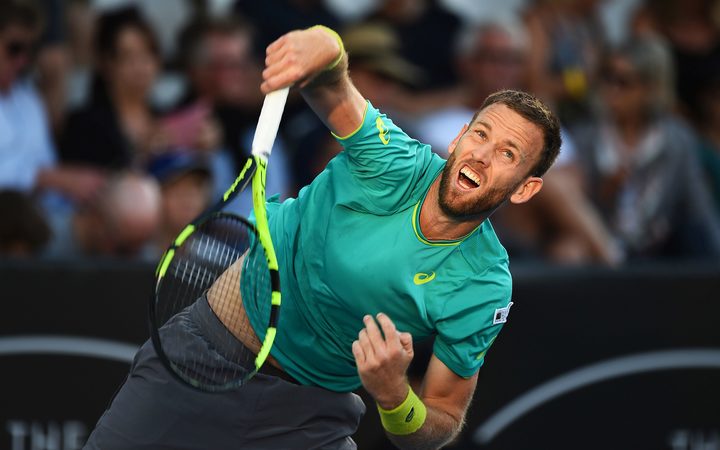 Initially there were fears Venus would be ruled out of the entire clay court season after rolling his ankle in Morocco.

"I went to slide, there was no clay at all and it was almost like mud and it got stuck. I know in these tournaments the French Open, Rome, the quality of their courts are different level and I won't have to worry about that."

Venus headed straight to London where a specialist confirmed he had torn ligaments. He was forced to pull out of the Monte Carlo Masters with partner Raven Klaasen and subsequent tournaments in Barcelona and this week's Madrid Masters.

He's feeling positive now after getting out of the moon boot and back on court.

"Down the road where we live there's a club I am a member at and while they are not clay courts you can slide on them and it simulates the clay in terms of the movement on it."

If he's given the all clear this week, Venus will team up with Klaasen in Rome next week.

He will also look to play the week before Roland Garros at either Geneva or Lyon, due to his lack of match play in recent weeks.