Ford star Scott McLaughlin has extended his Supercars championship lead with victory under lights in Perth. 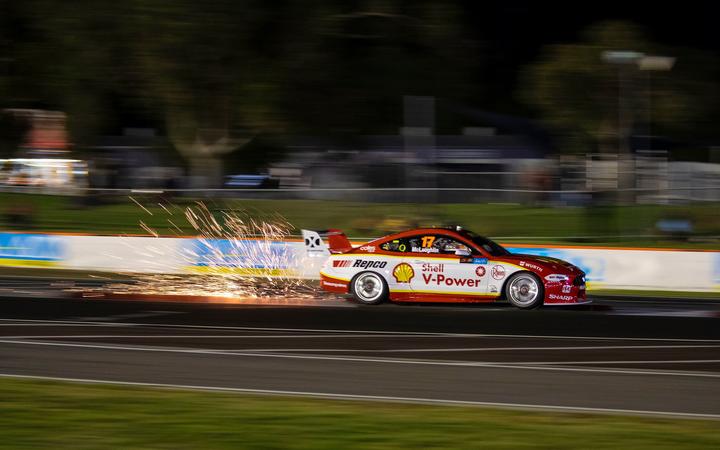 The DJR Team Penske driver capped a near-perfect weekend by claiming his eighth win from 12 starts in 2019 ahead of Holden's Jamie Whincup in race two in Perth.

With Coulthard winning Friday's race, DJR Team Penske has sent an emphatic message in front of watching team owner Roger Penske after Supercars forced aerodynamic changes last week to the Mustang due to a parity issue.

Amid concerns the changes could hobble the rampant Mustang, McLaughlin could only praise his team for their performance over the weekend.

"For us to basically sweep the weekend, two poles and two wins for the team, one-two yesterday, it's been a massive response by everyone," the New Zealander said.

"I'm really proud of how we've rallied together and just got on with things."

Whincup got the jump on McLaughlin at the start of the race to hold an early lead but was unable to keep pace with the Ford after McLaughlin jumped in front following the pair's initial pit stops.

Regardless, the seven-time champion was delighted to claim his first podium since race six at the Melbourne Grand Prix and especially after coming 24th and 12th in the two races at Phillip Island last month.

"I feel like we won the most improved this weekend," the Red Bull Holden Racing Team driver said.

"We were pretty ordinary at Phillip Island so nice to be back on the podium but we've still got to find plenty more pace as the year goes on."

It was less of day to remember for Ford's Chaz Mostert.

After finishing third in Friday's race, Mostert could only complete a third of Saturday's 83-laps before his Mustang's engine dropped a cylinder and he had to retire.

The failure to finish drops Mostert behind Holden's Shane Van Gisbergen and David Reynolds in the championship standings.

The Supercars next stop is the Winton SuperSprint in Victoria from May 24 to 26.