The Blues have been beaten 26-21 by the ACT Brumbies in their Super Rugby game in Canberra. 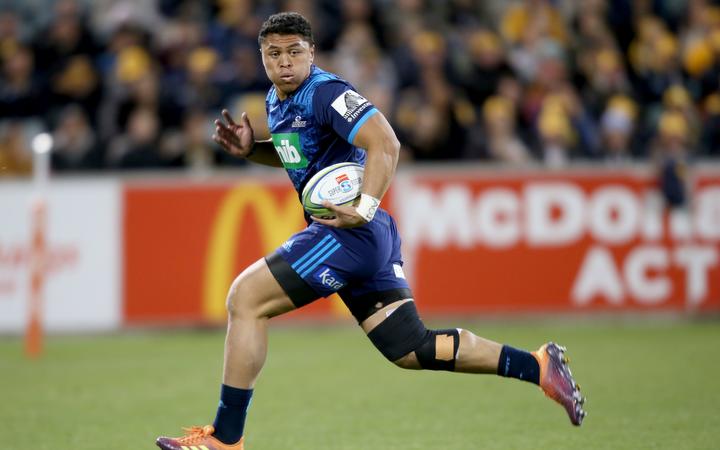 The Brumbies used their rolling maul to great effect as hooker Folau Faingaa's hat-trick provided the foundation of a gritty win.

While outside backs dominate the try-scoring stats, the Brumbies use their pack as a weapon and Faingaa was the beneficiary on Saturday, carrying his season tally to 10, two clear of his closest challengers.

Aware of their set piece strength, the bold Brumbies turned down countless penalty shots to defeat the Blues and improve to second in the Australian conference.

Brumbies skipper Christian Lealiifano said it's now crunch time for his men who have five games remaining to force their way into the finals.

"That was gutsy," Lealiifano said.

"It was really pleasing to come back from that, we started slow but knew we had to get our game going, our forwards were massive and really stepped up and gave us a good platform."

The Blues burst out of the blocks and scored two tries inside the opening 10 minutes through centre TJ Faiane and an intercept from Caleb Clarke.

A yellow card brought the Brumbies back into the game after Blues prop Alex Hodgman was sin-binned for tackling Tom Cusack without the ball on 18 minutes.

Faingaa then opened his account when finishing off a trademark rumble from the ensuing penalty.

But the Brumbies responded when former Reds and Wallabies prop James Slipper pounced on a loose ball for his fortuitous bounce for his first try of the season.

The Brumbies turned down kickable penalties that could have levelled the scores at halftime and although their mauls were resisted the tactic paid off after the break as the Blues discipline wavered.

All Black prop Ofa Tu'ungafasi became the second front rower to be yellow carded, this time for repeated ruck infringements, as the Blues conceded 10 consecutive penalties.

The Brumbies soon profited from their numerical advantage when Faingaa scored his second in the 54th minute.

Back-to-back penalty goals edged the Blues back in front 21-19 as the Brumbies lost composure but Faingaa effectively sealed the win, again from short range, with 13 minutes remaining.

The Blues had to settle for a bonus point which leaves them fourth in the New Zealand conference on 21, half the tally of the competition-leading Crusaders.