Australian Ufuk Talay has been named to succeed Mark Rudan as head coach of the Wellington Phoenix football club. 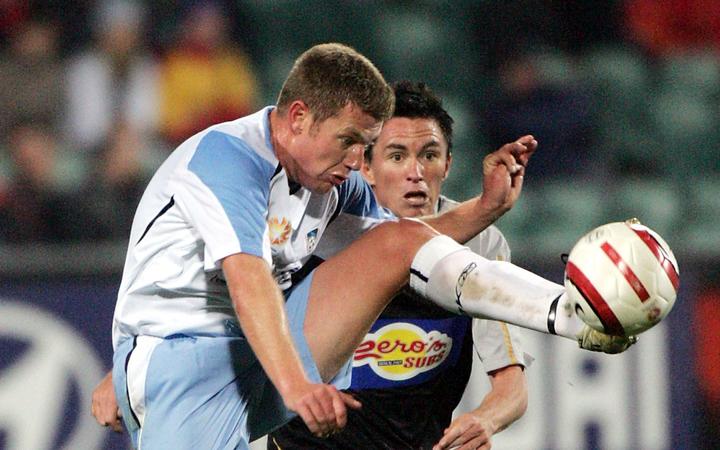 Talay, a past Australia U17 and U20 Head Coach, is currently assistant coach at Sydney FC.

Rudan's tenure ended after the club was beaten 3-1 by Melbourne Victory in their elimination final in Melbourne last night.

Rudan had previously said he would return to Australia just one year into his two-year contract.

Wellington Phoenix Chairman Rob Morrison said Talay impressed with his focus on driving success and excellence and commitment to building on the significant foundations at Wellington.

''Ufuk Talay is a highly driven young coach who strongly believes he is the coach who can bring success to the Phoenix.

''The club has spent a lot of money and resource in the academy space and you can see this in the talent that is coming through. We wanted a coach who was going to drive through the group the desire to win, to play for the club and the city and to never give up.

''We believe that Ufuk is that coach.''

Morrison said Talay's drive and ambition for success was obvious.

''When we talked to Ufuk it was clear that he has the same vision for the club that we have. A team that is consistently in the finals and challenging for the title.

"The club spent a lot of time in the off season rebuilding the values around the playing squad. Ufuk can build on that.

''He has enormous drive and ambition. And that's something we value highly.''

Talay will take up his position at Wellington at the conclusion of the current season.

Sydney issued a statement announcing Talay had been given permission to terminate the final year of his contract.

Talay described his season with the Sky Blues as the most satisfying of his coaching career.

"This step-up to a head coaching job would not have been possible without the help and support of Sydney FC, so I would like to thank everyone at the club for that," he said.

"Now my focus is solely on repaying that faith by helping the club to another A-League title and progression to our best ever AFC Champions League finish."

Coaching Career At A Glance