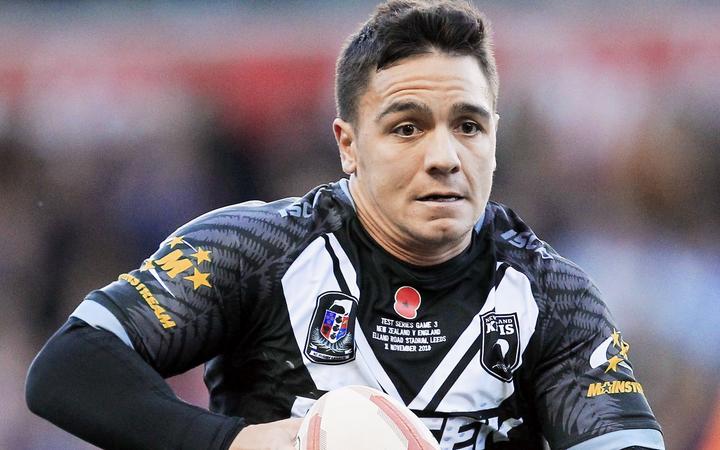 He's signed a deal through to the end of the 2021 NRL season.

However he won't play this weekend, with the Palmerston North-born 25-year-old in line to make his Warriors debut when they face St George Illawarra in the NRL's inaugural Magic Round at Suncorp Stadium in Brisbane next Saturday.

"We couldn't be more excited to secure a player of Kodi's calibre, especially at this stage of the season," said George.

"We've been patient in watching the player market for some time. Peter O'Sullivan and our recruitment team have done a terrific job in securing Kodi, who will certainly add value to our club."

Nikorima joins the Warriors after making 86 appearances for the Broncos, the last of them in last Saturday night's 29-6 win over Cronulla.

A Kiwi debutant the same year, he has now played 13 Tests. He was the man of the match in the 34-0 third Test win over England at Elland Road in November.

"Kodi will bring a lot to our club with his ability and experience," said Warriors general manager football Brian Smith.

"He'll also be a huge help around the club in helping to mentor our young halves."

Nikorima will arrive in Auckland this weekend and will be at Mount Smart Stadium to watch the Warriors take on Newcastle on Sunday.

"I'm really excited about coming to the Warriors and moving to Auckland," he said.

"It's a new challenge after being at the Broncos for so long but I'm looking forward to working with the coaching staff and the players. I like the direction the club is heading in and it will also be good to be around a lot of familiar faces, both the coaches and team-mates.

"I also want to thank the Broncos for the opportunity they gave me to develop as a player. The club has been a huge part of my life and I'm grateful for the way so many people supported me there."