New Zealand shot-putter Tom Walsh is preparing himself for what he describes as probably the strongest field event in this year's Diamond Athletics Series. 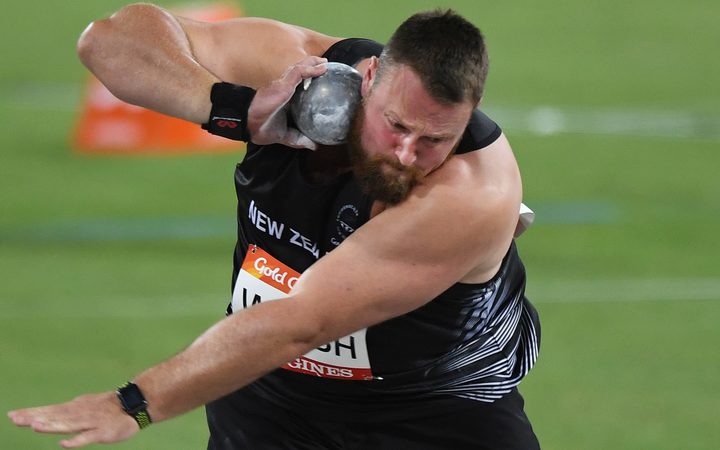 The new season opens tomorrow in Doha with Walsh defending his title.

Of the 28 men that have thrown over 22 metres, seven of them are competing in Doha.

Walsh, the reigning world indoor and outdoor champion, said if you don't throw 22 metres these days you're not in the mix.

Among them is American Ryan Crouser, the Olympic champion who improved to 22.74m last month to move up to number six on the all-time list - it was the farthest throw in the world since 1990.

"Obviously Ryan came out two weeks ago and threw really well," Walsh said. "And you know, that makes me angry.

Not angry in a mad or cross sort of way, "But agitated. Because I want to prove to everybody that I can do that, too," Walsh said.

Crouser's performance underscored the depth that the event is currently enjoying.

But he's also not afraid to discuss the world record ambitions that he and his competitors share.

"The world record - it's been around for far too long," he said of Randy Barnes' venerable mark of 23.12m set in 1990, a record older than all but two of the nine throwers in tomorrow night's field. "I know I'm not the only one who thinks they can break it. I'm sure Ryan thinks he can. And Darrell (Hill), and a bunch of others."

More immediately, they'll be gunning for another mark: Ryan Whiting's meeting record of 22.28m set in 2013.