Latest - Chelsea set a Europa League record of 16 successive matches unbeaten with 1-1 semi-final first leg draw at Eintracht Frankfurt thanks to a Pedro equaliser on the stroke of half time. 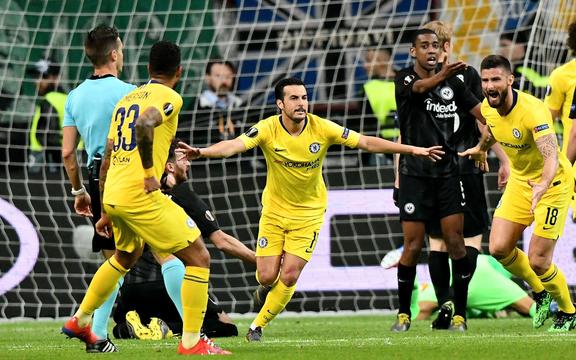 Serbian Luka Jovic had put the hosts ahead after 23 minutes.

Arsenal beat Valencia 3-1 in the other semi-final first league, increasing the likelihood of an all-London final in Baku.

Bennett gets one over his old team

With NSW coach Brad Fittler watching on, Rabbitohs five-eighth Cody Walker continued his near-irresistible push for a Blues call-up in the six-tries-to-one rout at ANZ Stadium. 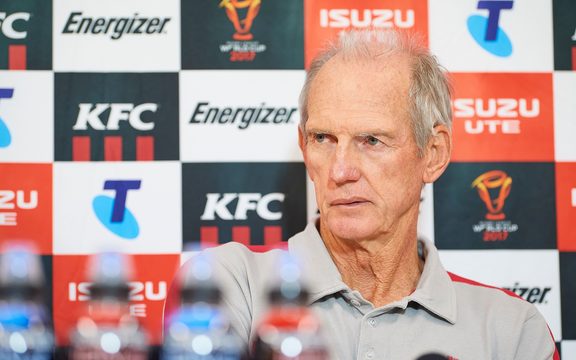 The match was billed as a grudge match between coach Bennett and his Broncos counterpart Anthony Seibold following their off-season coaching swap.

However the game had all but fizzled out as a spectacle by halftime with the Rabbitohs opening up a 24-0 lead thanks to a Walker masterclass.

After being sacked by the Broncos in December, Bennett exacted a measure of revenge against his former club and now has the Rabbitohs flying at 7-1 - the club's equal-best start since 1989.

It was also the Rabbitohs' equal biggest winning margin over the Broncos - joining their 44-12 victory in 2009.

The result leaves the Broncos struggling at 2-6 to increase the pressure on Seibold.

The New Zealand cricketers have closed to within two points of India at the top of the ICC Test rankings.

Following the annual update with the 2015-16 results being removed, the Black Caps have closed from eight to two points behind India.

South Africa are third from England and Australia.

New Zealand drops one spot in the one-day rankings to fourth, behind England, India and South Africa.

Jesse Campbell is the best placed New Zealand equestrian after the first day of dressage at the Badminton 3-day event in England.

Campbell is in 12th equal place on his horse Cleveland.

Another New Zealander Tim Price is in 26th place on his second horse Bango.

Price, on his best horse, along with Sir Mark Todd and Andrew Nicholson ride on the second day of dressage. 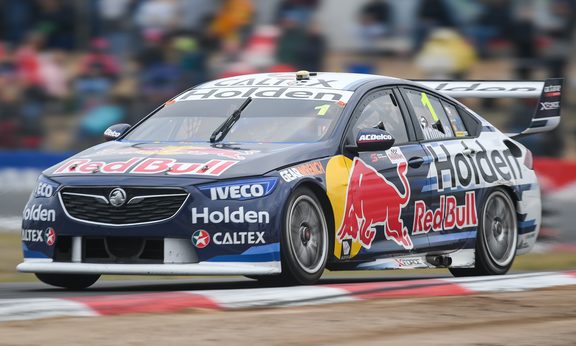 Holden driver Jamie Whincup has beaten his Ford rivals to post the fastest time in last night's Supercars practice under lights in Perth.

The seven-time drivers' champion posted a fastest lap to finish ahead of a trio of Mustangs.

Series leader and defending champion Scott McLaughlin was eighth-fastest as the entire field eclipsed the New Zealander's 2017 practice lap record, which has been resurfaced ahead of this year's event.

McLaughlin was driving in front of the watching eyes of DJR Team Penske owner, Roger Penske, who has flown from the United States to attend the first night event at Perth along with Ford's global head of motorsport, Mark Rushbrook.

Wales rugby defence coach Shaun Edwards has decided not to sign a new contract and will leave the team after the World Cup in Japan this year.

Edwards had last month reversed a decision to become head coach of English Super League club Wigan Warriors, with British media reporting that he would extend his stay with Wales after their successful Six Nations campaign this year.

The 52-year-old has helped Wales win three Six Nations Grand Slam crowns since joining as defence coach in 2008 and will be part of outgoing coach Warren Gatland's staff until the World Cup starting on September 20th.

Another New Zealander Wayne Pivac will take over from Gatland.