The Northern Stars have snapped a four-game losing streak and all but assured themselves of a spot in the national netball premiership play-offs with a 53-52 win over the Mystics in Auckland. 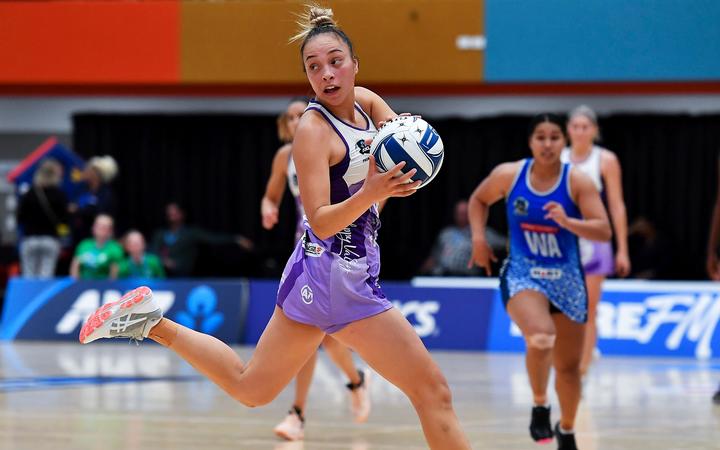 The Mystics edged the first half, leading 11-10 after 15 minutes and 26-23 at halftime after young shooter Grace Nweke came on at the first break, slotting in at goal shoot while Bailey Mes moved out to goal attack.

Nweke was tested by some uncompromising defence from the rotating Stars defensive trio of Leana de Bruin, Storm Purvis and Kayla Cullen, ending with figures of 29 from 37 while Mes shot 21 from 26.

For the Stars, shooters Maia Wilson and Ellen Halpenny were key performers in the run home, when the lead changed hands five times.

Wilson sunk 36 of her 45 attempts, while Halpenny was equally steady with 17 from 21.

For the fourth week, Mystics captain Phoenix Karaka was sidelined with on-going effects from concussion.

In-form goal defence Michaela Sokolich-Beatson joined keeper Erena Mikaere in providing a steady supply of turnover ball, but too often the Mystics lacked the accuracy to convert that in the shooting circle.

In contrast, Wilson and Halpenny produced a strong showing under the hoop on the back of more fluency from the attack line.

With four games remaining until the play-offs, the Stars have consolidated third place on the table with 20 points, eight ahead of the fourth-placed Magic, who have a game in hand.

The unbeaten Central Pulse hold a commanding lead on 30 points, seven ahead of the second-placed Southern Steel.