The Highlanders have capitalised on a dominant performance from their forwards to power to a 52-0 thrashing of the Sunwolves in Super Rugby. 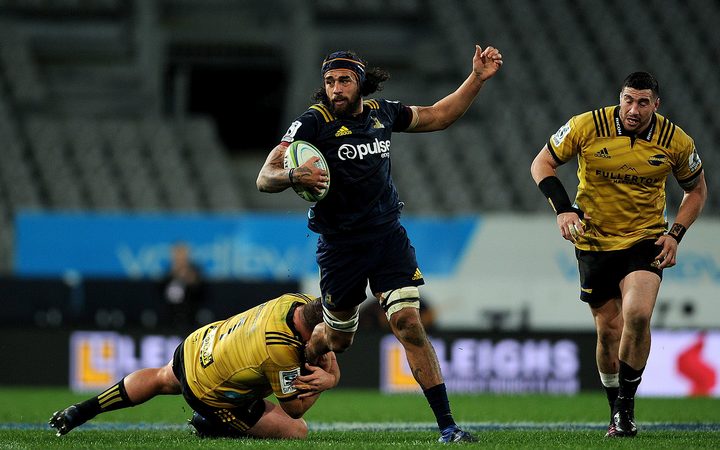 Led by an outstanding performance from lock Jackson Hemopo, the visitors pack laid the platform for their side to run in eight tries in Tokyo on Friday night (NZ time).

The Highlanders forwards obliterated the Sunwolves' scrum at will, even after they had replaced their entire front row, and dominated the contact area to force errors before moving back into play-off contention in fifth place overall on 23 points.

The result also lifted the Highlanders past the Blues into third in the New Zealand conference.

The Highlanders scored five tries in the first half from Tom Franklin, Tyrel Lomax, Tevita Li, Josh Ioane and Liam Coltman to give them a massive 33-0 lead at the break.

Li grabbed his second try about 10 minutes into the second half before Rob Thompson and Sio Tomkinson also crossed.

The home side were unlucky to have a Semisi Masirewa try ruled out for a forward pass.